Punam Verma is a TV Journalist.

Her new online show SOUL TRAVELLER delves in to spirituality and consciousness with the goal of waking up the world. Soul Traveller is a show that makes you think out of the box and challenges you to question everything you have been told.

This interview features NASA Physicist & Expert in Consciousness, and author of My Big TOE, Thomas Campbell.

For more information on Punam please check out: http://www.punamverma.com

Or link to her youtube page: Punam Verma Official

Long ago, in another life as a student, the answer to that question was never clear to me, nor did I even consider the question, because I was busy trying to make sense of the history of Western philosophy.

But in the decade-long lead-up to authoring my three Matrix collections, the question became very important. It split into two parts:

Was the ultimate in consciousness something a person plugged into, like a cosmic lamp, a reality that was already sitting there, waiting to be discovered?

Or was it something a person invented?

The second alternative, of course, is not a popular position.

Herds and flocks and squads of people are on the move, searching for the cosmic lamp. Or they’re avidly plugging themselves into some familiar religion or spiritual system.

They’re looking for authoritative content, the way an archeologist looks for a lost city, or on a lesser level, the way a chef looks for the best recipe for gnocchi.

However, the primary fact about consciousness is that it is creative, and the next most important fact is that it isn’t really looking for answers that already exist.

Looking for answers which are already there is built on a misconception. (Refer back to the primary fact above.)

Consciousness imagines, creates, invents. It may delude itself into thinking that what it creates was already there, but that illusion can be seen through.

Most people are not up to contemplating the idea of consciously creating, much less spontaneously improvising, which involves a kind of merging with what they would create.

But for those who can grasp such an idea, the world and the universe aren’t any longer arbiters and rule makers and guides. They are inventions that are already here.

Mr V.T. sent this article along, and I want to talk about it, particularly in connection to the blog I did a few days ago about the latest transhumanist project, that of mapping the brains of the dead, and uploading them into new “bodies”, for there is, I’m going to suggest, a connection, a hidden agenda, as it were, driving all of this, and it’s a military one. The latest news from the Diabolically Apocalyptic Research Projects Agency(our nickname here, thanks to the suggestion of Mr. J.B., for DARPA or the Defense Adcance Research Projects Agency), concerns ongoing research in human-computer interfaces:

Of course, we have the now-traditional bow and advocacy point that all of this is really beneficial, because it will provide new therapeutic technologies and techniques:

A new DARPA program aims to develop an implantable neural interface able to provide unprecedented signal resolution and data-transfer bandwidth between the human brain and the digital world. The interface would serve as a translator, converting between the electrochemical language used by neurons in the brain and the ones and zeros that constitute the language of information technology. The goal is to achieve this communications link in a biocompatible device no larger than one cubic centimeter in size, roughly the volume of two nickels stacked back to back.

Join Dark Journalist as he welcomes back Oxford Scholar and author of the popular Giza Death Star book series Dr. Joseph P. Farrell. His latest book, The Third Way: The Nazi International, European Union and Corporate Fascism, explores the deep political roots and global dangers of the controversial particle physics experiment by CERN called The Hadron Collider, which was set up in Geneva, Switzerland with a massive military style budget of over six billion dollars!

Dr. Farrell’s research exposes CERN’s official story of the so-called “Atom Smasher” Hadron Collider Project, as being ostensibly created for peaceful scientific experiments in particle physics, and reveals that it is actually a dangerous advanced technology project set up for secret military purposes and is seeking the ability to manipulate matter on a galactic scale and possibly even open dimensional doorways.

He cites the massive disturbances in the magnetosphere of the earth when the Hadron Collider is turned on and outlines that it may have serious consequences for physical life on earth and a major impact on the rotation of the planet itself. He also shows the undeniable similarity between the CERN Hadron Collider and a Nazi Physics project called The Bell” that was an underground Torsion Physics project built by slave labor and overseen by the top Nazi Scientists to give them a master weapon to rule the world!

Dark Journalist and Dr. Farrell investigate the history of CERN and demonstrate clear links of a post-war Nazi International through the figure of John J. McCloy , lawyer for notorious German corporate conglomerate IG Farben. McCloy was also the Chairman of the Council on Foreign Relations and became the American High Commissioner for post World War II Germany. In a controversial action, McCloy helped clear and vet over 70,000 Nazis (yes, 70,000!) helping to utilize their intelligence networks to set up the CIA.

One of the major figures that he cleared was top Nazi legal theorist and prisoner of war Dr. Walter Hallstein who was eventually responsible for helping to set up CERN and who was also a key architect for developing the the Nazi plan for a European Federation that was eventually adopted as the blueprint for the European Union. McCloy, in a strange twist, also served on the Warren Commission to whitewash any Deep State connections to the JFK Assassination. JFK was famously committed to “Smashing the CIA into a thousand pieces” as a way to root out the Nazi infiltration of the agency and regain control over the government from suspected Nazi collaborators like CIA director Allen Dulles.

This episode is revealing, groundbreaking, shocking, unnerving, and rife with controversial, staggering implications of a massive covert military project hiding in plain sight. 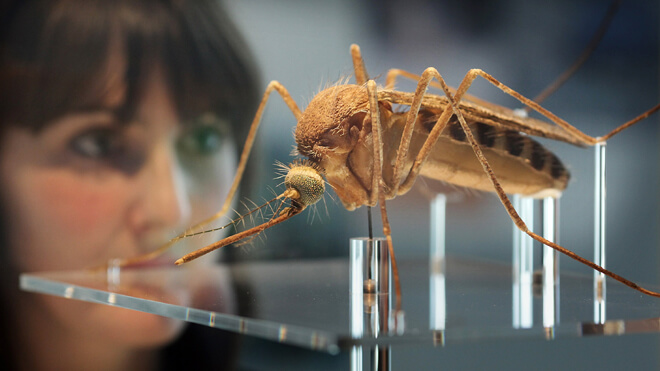 A noteworthy series of earthquakes has struck off the West coast of the United States, along the Gorda Escarpment off the shores of Northwest California.

Most notable, two separate back to back M4.9 + M5.0 earthquakes struck within minutes of each other along the South Juan De Fuca / Gorda trench.

Full post on the California earthquakes here at the link below as well as the areas named to be on watch: