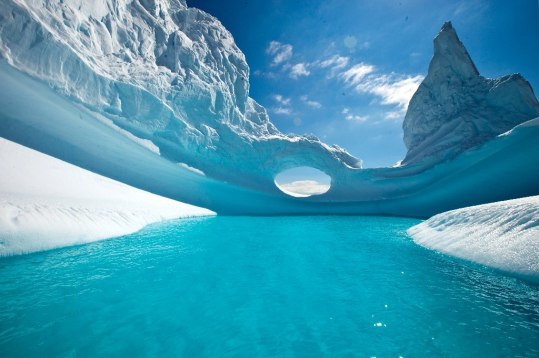 While most of the USSA is freezing from record cold temperatures (one wonders how cold it is in Canada!), it seems appropriate to blog about this story which came into my inbox during the holidays from Mr. V.T., a regular article contributor here.  As one might imagine, this prompt some really high octane speculation:

As one might imagine, there are those taking this fossilized Antarctic forest as evidence of the Flood. But there’s a teensy weensy “catch”:

The fossilized trees in Antarctica, discovered by a team of scientists led by Erik Gulbranson, a paleoecologist at the University of Wisconsin-Milwaukee raise a number of unanswered questions.

Scientists say the prehistoric forest on Antarctica existed long before the dinosaurs roamed the Earth. About 280 million years ago it was rapidly buried in volcanic ash, which preserved it down to the cellular level. The age of the forest alone speaks against the Great Flood theory because it is highly unlikely the Deluge happened so long ago.

Now, as one can imagine, that date of 280 million years ago sparked my interest, because if one adds “fossilized forest” to the small but growing amount of indicators that there may be very old and ancient artificial and perhaps even human structures on that polar continent, then clearly at one time in the distant path the world’s geography was vastly different, and Antarctica-Atlantis – if I may be so bold – was a part of it. The problem, as the article points out, is the chronology: either one has to assume a very old date for such things, which raises the question of how the Atlantis mythology could be preserved to Plato’s articulation of it.

One answer might be my “cosmic war” scenario which I outlined in my book of that name. In that book I hypothesized that the explosion of the planet that used to orbit in the asteroid might have been the cause of the flood myths, if that planet was a large water-bearing body. Shockwaves of water would have scoured Mars and concussed the Earth, perhaps burying Antarctica in water (ice) and altering the planet’s continental disposition radically. The problem, once again, is the chronology: in my scenario, that event occurred either at 3.2 million years ago, or at 65 million years ago. Again, the datasets of chronological benchmarks are all messed up.

But one thing does emerge from this discovery and its implications: the history of Antarctica, and of our planet, is in need of some drastic revision. The problem is, do we yet have enough chronological information to compile a comprehensive history that does justice to such scenarios?

My intuition tells me, not yet.

But… we’re fast approaching the point that the effort will have to be made.