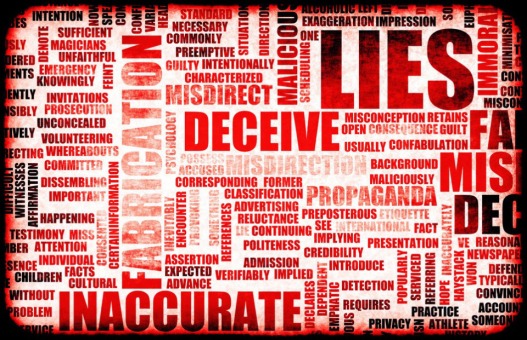 Robert Kennedy, Jr. “All the things that I do are bent on forcing this [vaccine] debate out into the open—because once the science is in the open, the CDC’s position is so fragile, it’s an edifice of fraud, fraud stacked upon fraud, so high and so wobbly, that even a slight breeze of public scrutiny will topple it.”

Kennedy states that President Trump has appointed him to head up a task force investigating vaccine safety. The above quote indicates Kennedy, would, if given the green light, probe much more than the use of mercury in vaccines—his main topic of interest thus far.

This would be a very good thing. The CDC is most certainly an edifice of fraud. It has concealed many of its crimes over the years.

If he hasn’t already, Kennedy should make contact with an anonymous group of scientists at the CDC who call themselves Spider. They have written a letter to the CDC chief of staff accusing the agency of widespread “unethical practices…influenced and shaped by outside parties…[that] threaten to undermine our credibility and reputation as a trusted leader in public health.”

In my recent open letter to Spider, I presented three shocking areas of fraud at the CDC that they should expose:

A structural conflict of interest, in which the CDC buys billions of dollars of vaccines and, at the same time, carries out many studies assessing vaccine safety—with this much money on the line, the Agency would never, under any circumstances, admit vaccines are dangerous;

A massive overestimation of annual flu deaths in the US, in order to push the necessity of the flu vaccine.

In this second memo, I present two more shocking areas which should receive the immediate attention of the dissident Spider scientists at the CDC, and Mr. Kennedy:

ONE: THE CASE OF JULIE GERBERDING.

On August 27, 2014, CDC scientist William Thompson came out of the shadows and revealed that he had participated in a major scientific fraud:

Ten years earlier, he and his co-authors had published a study claiming there was no MMR-vaccine connection to autism. They had omitted vital data which contradicted that finding.

The MMR vaccine was increasing the risk of autism. Thompson knew it. So did his co-authors. They buried that chilling fact.

Before their fake study was published, Thompson wrote to the head of the CDC, Julie Gerberding, informing her that, at an upcoming conference, he would be “presenting the summary of our results from the Metropolitan Atlanta Autism Case-Control Study [and]…I will have to present several problematic results relating to statistical associations between the receipt of MMR vaccine and autism.”

In other words, Thompson was ready to blow the whistle on the MMR vaccine-autism connection. He received no reply from CDC Director Gerberding, and his presentation at the conference was canceled.

She eventually went to work as the president of the vaccine division at Merck.

TWO: OVERWHELMINGLY, FLU IS NOT FLU. THEREFORE, EVEN PEOPLE WHO BELIEVE IN THE IMPORTANCE OF THE FLU VACCINE ARE BEING DECEIVED.

As Doshi states, every year, hundreds of thousands of respiratory samples are taken from flu patients in the US and tested in labs. Here is the kicker: only a small percentage of these samples show the presence of a flu virus.

This means: most of the people in America who are diagnosed by doctors with the flu have no flu virus in their bodies.

So they don’t have the flu.

Therefore, even if you assume the flu vaccine is useful and safe, it couldn’t possibly prevent all those “flu cases” that aren’t flu cases.

The vaccine isn’t designed to prevent fake flu, unless pigs can fly.

“…even the ideal influenza vaccine, matched perfectly to circulating strains of wild influenza and capable of stopping all influenza viruses, can only deal with a small part of the ‘flu’ problem because most ‘flu’ appears to have nothing to do with influenza. Every year, hundreds of thousands of respiratory specimens are tested across the US. Of those tested, on average 16% are found to be influenza positive.

“…It’s no wonder so many people feel that ‘flu shots’ don’t work: for most flus, they can’t.”

Because most diagnosed cases of the flu aren’t the flu.

So even if you’re a true believer in mainstream vaccine theory, you’re on the short end of the stick here. They’re conning your socks off. The CDC is supposed to be doing an accurate count of case numbers of diseases in the US. They’re lying and covering up the facts.

—Those of you in the Spider group of rebel scientists at the CDC, get busy. There are many more instances of massive corruption at your Agency. Dig in. Don’t let the American people down.

Go all the way.

“It’s time to take your medicine, honey.” “But Mom, it’s making me feel weird and horrible, and I’m not getting any better.” “Well, it’s what the doctor prescribed, so it’s what we have to do.” Have you ever been told to listen to your gut? There’s a reason for that. Actually, several reasons.

Many “Western” medicines are made in laboratories using chemicals and are highly experimental, and worse yet, they’re never tested on humans, except when they’re actually prescribed, applied, or injected into them. Humans are the ultimate guinea pigs in America, while Big Pharma pockets trillions in profit. How did this all come to be? Simple answer: After WWII, Nazi scientists were hired fresh out of prison to work on pharmaceuticals, vaccines, chemotherapy, and chemical food additives, in order to fuel the most insidious business on earth–allopathic medicine. It’s no conspiracy theory either. The horror that took place at the Holocaust in Germany was continued, on a lesser scale, in the United States, for money.

Think about it. There is NO OTHER REASON our U.S. based pharmaceutical companies hired convicted mass murderers to fill the highest positions at Bayer, BASF, and Hoechst. Fritz ter Meer, convicted of mass murder, served just 5 prison years, then conveniently became the chairman of Bayer’s supervisory board (yes, THAT Bayer–that makes children’s medications and the most popular aspirin). Carl Wurster of BASF helped manufacture Zyklon-B gas, the powerful pesticide used to execute millions of Jews–this freak went to work on chemotherapy, the biggest medical scam of the century. Kurt Blome, who admitted to killing Jews with “gruesome experiments,” was hired in 1951 by the U.S. Army Chemical Corps to work on chemical warfare. Get it?

In other words, Big Pharma’s evil seeds, which the FDA calls medicine, were first planted in the United States 65 years ago. Many of the “mad scientists” who tortured innocent human beings in the Holocaust were hired and promoted by U.S. Presidents to catapult what we call “Western Medicine,” and its ultimate goal of creating sickness, and then treating its symptoms for profit.

Take heed, my friends, because THESE are the 8 most DANGEROUS MEDICINES on Planet Earth. It’s called the “War Against the Weak.”

War Against the Weak

#1. SSRIs – highly experimental, never proven safe or effective, and can completely block serotonin, leading to thoughts of suicide and even homicidal and suicidal acts of horror.

#2. MMR vaccine (measles, mumps, rubella) – associated with causing autism and other central nervous system disorders and a myriad of health issues. When the LIVE measles virus gets into the body, the immune system is severely compromised, and the other chemical adjuvants and genetically modified ingredients attack the child, causing permanent and sometimes fatal results.

#3. Influenza vaccine (flu shot) – contains up to 50,000 parts per billion of mercury, in addition to formaldehyde, MSG, and aluminum. Can cause pregnant women to abort and have miscarriages

#5. HPV vaccine (human papillomavirus) – known to send teens into anaphylactic shock and comas. Thousands of families have sued the manufacturers for millions of dollars for chronic and permanent health damages.

#6. Chemotherapy – annihilates the immune system and often leads to the body forming new cancers, especially in the blood. Nazi scientists knew in the 1950s that chemotherapy only makes cancer temporarily recede, only to come back with a vengeance in other parts of the body! (Still, Western Medicine calls this successful)

#8. Polio vaccine (oral and injected with needle) – It’s a cold, hard, scary fact that millions of Americans were injected with CANCER when they got the polio vaccine. Plus, the oral and nasal versions of the vaccine have been spreading polio in India and leaving many children paralyzed for life.

Sure, people are paranoid of infectious diseases and for good reason. The American medicine industry has exacerbated the WORST cases on record to scare the living hell out of everyone into injected their known carcinogens for “protection.” It’s racketeering and it’s illegal, but the vaccine manufacturers are immune to lawsuits, protected by a massive slush fund and their own secret court of law. If you or your child is severely injured by vaccines, you CANNOT sue the vaccine manufacturer. You will have to take that case to the Office of Special MASTERS of the U.S. Court of Federal Claims, which is commonly called the highly secretive “Vaccine Court.” This corrupt “court” administers a no-fault compensation program (yes, you read that correctly), that serves as an alternative to your Constitutional rights. Established back in 1986, after drug companies lost massive profits in high-profile lawsuits due to vaccines severely damaging a number of children, who suffered seizures and brain damage, linked to the DPT vaccine.

Before you EVER consider swallowing or injecting chemical toxins called “medicine” again, visit at least one Naturopathic Physician and find out if the health problem or problems are nutritional based, because odds are, they are!

Sources for this article include: 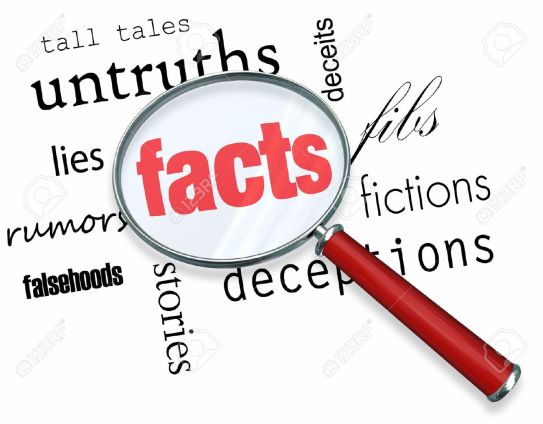 Thanks to reporters and researchers Jim Stone, Kathy Ford, the fullerton informer, Jim West, Martin Maloney, and Claus Jensen, who have moved this story forward and exposed the scam.

If you want to hide anything on this planet, twist it into a (fake) story about a virus. You’re home free.

This is my second article on the Zika-virus scam (article archive here). I’ve been to these rodeos before: HIV, West Nile, Swine Flu, SARS, Ebola. In each case, a virus is blamed for illness and death that actually arises from other causes.

The Zika virus, now being blamed for the birth of babies with very small heads and impaired brains, has been around for a long time—late 1940s, early 1950s—and suddenly, without warning or reason, after inducing, at best, mild illness, it’s producing horrendous damage? This is called a clue. A clue that scientific liars are lying. Furthermore, many of the women who are giving birth to deformed babies test negative for the presence of the Zika Virus.

So, what is causing babies to be born with very small heads and brain damage? While researching my first book in 1987-8, AIDS INC., I concluded: don’t assume there is only one cause for illness. That can be very misleading. Various factors can combine to produce disease and death.

For example, in the case of this “Zika” phenomenon:

One: Pesticide use in Brazil:

Brazil, the center of the “Zika” crisis, uses more pesticides than any nation in the world. Some of these are banned in 22 other countries. And as for babies born with smaller heads, here is a study from Environmental Health Perspectives (July 1, 2011), “Urinary Biomarkers of Prenatal Atrazine Exposure…”:

Atrazine and metolachlor are both used in Brazil.