As promised, Robert F. Kennedy Jr., Chairman of the World Mercury Project (WMP), announced a $100,000 payout to anyone who can find a credible scientific study proving Thimerosal is safe to inject into children at the concentrations currently administered in today’s vaccines.

Thimerosal, a mercury-containing preservative, is still in 48 million U.S. flu vaccines each year, tetanus toxoid, meningococcal vaccines and, in massive doses, in the pediatric vaccines given to 100 million children across the developing world. A Centers for Disease Control (CDC) review published last month found that the ethylmercury in thimerosal is as profoundly neurotoxic as the heavily regulated methylmercury in fish.

In 2004, an FDA official acknowledged in testimony before a Congressional committee that no government or privately funded study has ever demonstrated thimerosal’s safety, and that still stands today.“On one hand, the government is telling pregnant women which mercury-laced fish to avoid so that they don’t harm their fetuses, and on the other, the CDC supports injecting mercury-containing vaccines into pregnant women, infants and children,” said Kennedy, who spent decades litigating polluters who dumped mercury into water systems. “This defies all logic and common sense.”

As the founder and lab science director of CWC Labs, an ISO-accredited mass spec laboratory, I have personally tested vaccines for mercury and found flu shots to contain over 50,000 ppb of mercury, which is more than 25,000 times the EPA’s mercury limit in drinking water. Over the last several years, the deceitful vaccine industry (and its malicious propagandists such as David Gorski) have deceptively claimed that mercury was removed from all vaccines in the United States. That claim is blatantly false. Not only does the CDC openly admit that mercury is still present in 48 million flu shots each year, but this Natural News article documents California’s health secretary Diana Dooley practically demanding that parents inject their children with mercury-formulated influenza vaccines.

Details of the $100,000 Thimerosal challenge

The aim of the World Mercury Project is to eliminate the toxic heavy metals mercury from medicines and the environment. Because vaccines administered to tens of millions of children in the USA still contain mercury, children are being poisoned right now by an extremely toxic heavy metal that causes severe neurological damage. Beyond mercury, modern vaccines also contain aluminum, MSG and formaldehyde… all documented as known neurotoxins that contribute to brain damage.

From the WMP announcement:

Kennedy explained that the WMP will pay $100,000 to the first journalist, or other individual, who can find a peer-reviewed scientific study demonstrating that thimerosal is safe in the amounts contained in vaccines currently being administered to American children and pregnant women. Kennedy believes that even “a meager effort at homework” will expose that contention as unsupported by science. He says the science is unequivocal that mercury is a serious health hazard and exposure is linked to many different diseases and conditions (ADHD, Alzheimer’s, Acrodynia and Autism). Even studies listed by the CDC on its website, to exonerate thimerosal as an autism culprit, link thimerosal exposure to low IQ, diminished language and motor skills, and tics, a family of neurological disorders that includes Tourette Syndrome. A Yale University study published last week suggests a link between vaccines and tics, as well as anorexia and OCD.

Mercury, of course, is an extremely toxic, brain damaging (and kidney damaging) heavy metal. The continued mass poisoning of children with this dangerous toxic is a war on children and a crime against humanity. I call it the “medical molestation” of children and a form of “chemical violence” being waged by the sinister vaccine industry.

Because vaccine manufacturers currently enjoy absolute legal immunity against lawsuits, they have no incentive to make vaccines safer. In fact, they have a financial incentive to make sure that vaccines don’t work as well as claimed, because every outbreak of infectious disease results in yet another round of media hysteria that sells more vaccines. Watch my mini-documentary on vaccine safety problems here, which asks the question “What would happen if the auto industry operated like the vaccine industry?”

While the vaccine companies are pocketing hundreds of billions in annual profits, they are destroying the lives of countless children who are severely and permanently disfigured / damaged by vaccines.

The CDC cover-up that’s unfolding here is unprecedented in the history of medicine and science. Kennedy describes the CDC as “a cesspool of corruption” and is very much aware that the CDC is a criminal cartel of medical con artists who have been running a quack science racket for the benefit of the vaccine manufacturers. 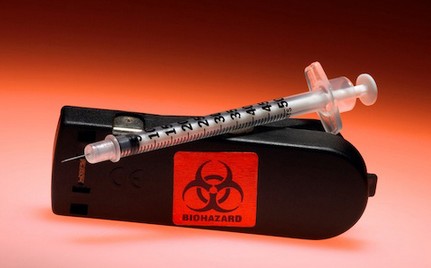 DEVELOPING… I’ve just received word that, in a few minutes, at the National Press Club, in Washington DC, Robert De Niro and Robert F Kennedy Jr. are issuing a challenge to all media and all scientists…

They will give $100,000 to anyone who can show one published study that proves mercury in flu vaccines—at the levels it is injected—is safe.

The press conference will begin at 9:15am EST.

This is named THE WORLD MERCURY PROJECT CHALLENGE.

Will the press conference be broadcast? That’s up to the media attending. Will they have the guts?

I’m told that CNN backed out of attending the press conference, and now they’re in again…

Del Bigtree, producer of the film Vaxxed (trailer), will also speak at the press conference.

Kennedy states that Trump contacted him to head up a commission investigating vaccine safety. According to Kennedy, Trump said he knew he was going up against Big Pharma, but he was ready for the battle.

At this moment, De Niro and Kennedy are sitting in a small broadcast room at the Press Club, waiting to start. No one knows how many press outlets are going to show up….

The event this morning will focus on the announcement of a unique challenge: to find a missing piece of research associated with mercury, a neurotoxin that is 100 times more poisonous than lead. There’s a substantial cash award involved, the details of which will be revealed.

For those seeking additional information on mercury being a neurotoxin, please read the review of Robert F. Kennedy Jr.’s book:

Thimerosal – Let The Science Speak – The Evidence Supporting The Immediate Removal Of Mercury – A Known Neurotoxin – From Vaccines by Robert F. Kennedy

WASHINGTON, Feb. 15, 2017 – The event this morning will focus on the announcement of a unique challenge: to find a missing piece of research associated with mercury, a neurotoxin that is 100 times more poisonous than lead. There’s a substantial cash award involved, the details of which will be revealed.

De Niro supports the mission of the World Mercury Project (WMP), a nonprofit public advocacy organization in which Kennedy serves as Chairman. The WMP envisions a world where mercury is no longer a threat to the health of our planet and people.

The event, in the Holeman Lounge of The National Press Club, starts at 9:25 a.m. with excerpts from a movie. The conference, including Q&A period, is from 10-11 a.m.

It will also be livestreamed beginning at 10:00 ET on the WMP’s Facebook page and on its website.

Should I Get the Flu Shot? CDC Data Raise Concerns

New Study Confirms That Mercury Is Linked to Autism

Dirty Vaccines: Every Human Vaccine Tested Was Contaminated With Metals and Debris in New Study

The Microbiome and the Vaccine Industry

Disclaimer: This article is not intended to provide medical advice, diagnosis or treatment. Views expressed here do not necessarily reflect those of GreenMedInfo or its staff.

Internal Site Commenting is limited to members.
Disqus commenting is available to everyone.

“We will expose the government and corporate corruption that has led to increasing exposures to neurotoxic mercury in foods and medicines,” said Lyn Redwood, RN, MSN, the group’s executive director.

Grassroots organizations who support vaccine choice and autism advocacy, representing thousands of families in the U.S., celebrate the WMP and applaud its actions to ban mercury from all medical products, including vaccines. They stand with WMP to soberly reflect on the 30th anniversary this week of Congress’ enactment of the 1986 National Childhood Vaccine Injury Act (NCVIA), which launched the $32.2 billion yearly vaccine market and some argue indirectly spawned the epidemic of childhood neurological disorders, including autism.

WMP joins these organizations calling for the repeal or radical reform of NCVIA.

“This act provided vaccine manufacturers blanket immunity for any harm caused by injuries from vaccines, no matter how wanton, reckless or negligent the manufacturing, how anemic the testing or how grievous the injury,”

“That act and the mountains of pharma cash going to politicians, regulators and the press have helped obliterate all the checks and balances that normally stand between a rapacious industry and vulnerable children in a free and Democratic society. The complete vacuum of accountability caused by the NCVIA has emboldened the worst kind of behavior by vaccine makers including the continued use of mercury in vaccines.”

“Although Congress intended this law to make children healthier and safer, it has paradoxically made them less healthy and less safe, allowing them to receive mercury-contaminated vaccines that other countries have long outlawed.”

Visit our Facts for Media page and www.WORLDMERCURYPROJECT.org to learn more, sign up for free updates, become a member to help our litigation efforts, make a tax-deductible donation and read a list of supporting organizations.