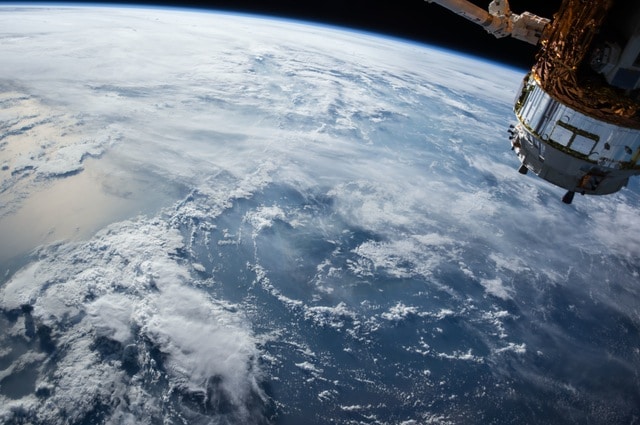 Every now and then someone sends me the abstract to a scientific article that really spins the tumblers in my mind, and today is no different, for Mr. V.T., a regular reader and article-contributer, found a real gem. This is, however, regrettably one of those articles that to read in full, one has to purchase it, which I cannot afford to do. Nonetheless, I was intrigued for a multitude of “high octane speculation” reasons. With the caveat in mind that we’re resorting to a departure from our usual “high octane” methodology, where we speculate on the basis of a whole article which we assume to be true, to this present case, where we’re speculating only on the basis of an abstract, on to the gem that Mr. V.T. discovered:

I have to admit, that when I read the abstract, it confirmed some long-held and strictly private thoughts; its implications are rather breathtaking, if one allows the mind to “run wild” a bit. Here’s the abstract:

Scientists have investigated atmospheric gravity waves in detail, bringing a better understanding of how and where they are generated. Their study was published in the Journal of Geophysical Research: Atmospheres.

An international team of physicists, which included researchers from the Moscow Engineering Physics Institute, captured images of atmospheric gravity waves in noctilucent (night) clouds — delicate cloud-like structures made from ice crystals in the upper atmosphere — using three synchronized cameras positioned several tens of kilometres apart, and used a triangulation technique to estimate the height and horizontal characteristics of the waves.

By simulating the rays’ interactions with a reflecting surface and combining it with an analysis of global meteorological data sets, they concluded that the waves were formed from the balancing of the Coriolis force with horizontal pressures, and that the upper tropospheric jet stream was their most likely source.  (bold-italics emphasis added)

With that idea came the idea of weather manipulation: weather systems are systems of a planetary scale, when one gets right down to it. Researchers who’ve followed the topic of weather modification, geo-engineering, chemtrails, or weather weaponization over the years have focused their attentions on large ionospheric heaters like HAARP and EISCAT, pointing out that these machines had the capability to heat and lift portions of the ionosphere, thus giving a potential to modify the jet stream and move it around, in turn effectively steering weather systems which, incidentally, can have energy loaded into, or extracted from, them, intensifying or damping storms respectively.

To round out my private speculations, I’m one of those who believes that there is some sort of not-well-understood coupling mechanisms between gravity and electromagnetism. The idea of such a unification has been around for a long time: Kaluza-Klein, and for the connoisseur of the obscure, Gabriel Kron and T.T. Brown. If such a coupling existed, then planetary weather modification techniques and technologies would, perforce, have to have some gravitational component.

Reading the abstract carefully, one notes the following points and implications:

1) The measurements establishing the existence of gravity waves were correlated with meteorological data, which implies, perhaps, a relationship between weather systems and local gravitational conditions (tornadoes, hurricanes, torsion, anyone?);

3) The source of these waves was the jet stream.

Let all this sink in for a moment, for the simple implication is: , they are proposing a mechanism for the composition of gravity waves, and also proposing  that weather modification is gravity modification (and, potentially, the converse).

Consider: if one accepts the interrelatedness of all the above implications, then might one be able to intensify any of the observed gravitational effects by an increase in the electrical conductivity of the atmospheric cavity, by (to take one example) dumping heavy particulate metals in the atmosphere?

But what really “grabbed” my attention, here, was none of this considered by and of itself. What really grabbed my attention was the combination of these ideas, and the fact that if one looks at the list of authors and contributes to this paper, the majority of them are Russian, from a variety of academic research institutions in the Russian Federation, who appear, according to the abstract, to be connected to the Moscow Engineering Physics Institute. Engineering of course implies the interest of the Russians in one of two possibilities (and most likely, both): (1) to determine if someone else is engineering weather systems and gravitational anomalies and (2) to determine practical principles and technologies to do so for themselves, or (3) both.

Of course, this is a lot of parsing and analysis of a simple abstract and its contributors. The article itself, we must admit, might overturn all of it. Nonetheless, the implications that result from the abstract are profoundly disturbing.