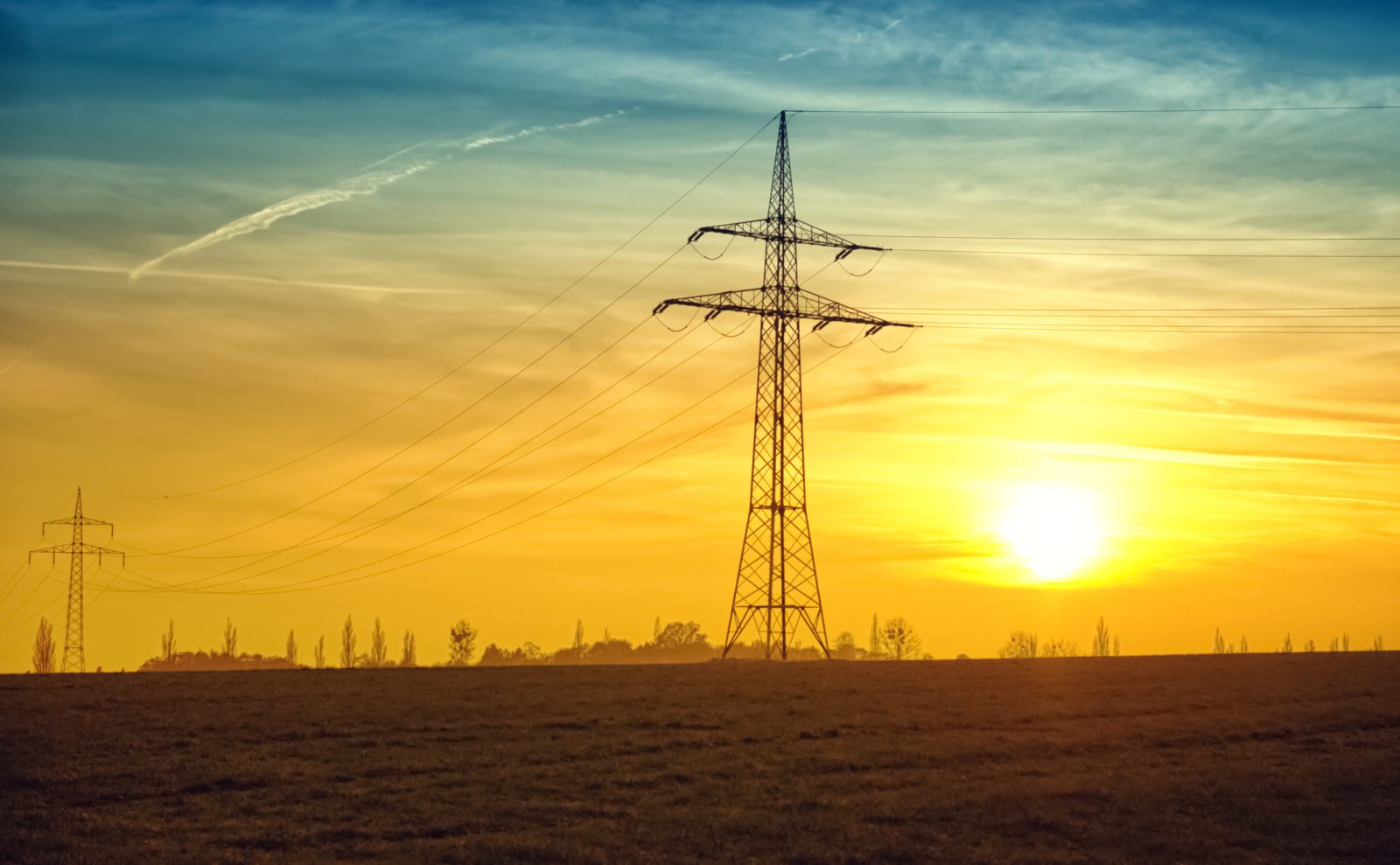 This has been a strange time, for sure. Not only getting sick, and feeling so tired I’ve felt like a dishrag wrung through one of those old fashioned roller machine washing machines, but watching a parade of very weird news stories. This story is no different. It’s one of those stories that many people sent me versions of. As one might imagine, the story itself as reported was one of those “nothing to see here, move along” things, which naturally led many people, myself included, to question the narrative (what little narrative there was).

The story itself? Well, it’s nothing more than a peculiar power outage in the San Francisco-Bay area, LA-San Diego, and, a continent away, New York City:

Little explanation was forthcoming, leaving the field wide open to speculation. The official narrative remains focused on an inconvenient coincidence.

But there were also the usual explanations: terrorism, sabotage, and so on. I have to admit, that when I read the story, my first though ran to these lines. For one thing, the inclusion of the Bay area brought to mind the attacks on internet servers a couple of years ago, and for that matter, the attack on the silicon valley electrical sub-station, an attack that even by official lights was carried out by professionals. Then, too, there was the attack in Arizona that severed internet connections between Flagstaff and Phoenix.

Such simultaneous power outages might, according to some, be a similar coordinated attack:

But if so, an attack by whom? And for what purpose? Strangely, all this happens within a broad time frame that is unusual in terms of events for other reasons: the attacks on Syria occurred, drills for nuclear attacks are planned in Manhattan, the world’s attention is focused on North Korea. Interestingly enough, the Zero Hedge article immediately above also entertains the ideas of cyber attacks, coordinated and directed electromagnetic pulses, and even a deliberate act by the federal government drilling and gaming out such attacks.

But then there was this, and this one really made my high octane speculation wheels go into overdrive:

Now, stop and ponder that sequence for a moment: (1) the story of power outages in the Bay area, LA-San Diego, and NYC is reported; then, soon thereafter (2) various theories are put forward, including cyber-attacks, federal “drills gone live”, EMP weapons, and so on, and then (3) a day after the event and quickly after the theories, the idea of solar geo-magnetic storms are advanced, with corresponding data for the affected regions being provided. Interestingly enough, one of the sites – Zero Hedge – which first reported the story and then the cyber attack EMP theories, also quickly reported the solar storm idea.

It’s that sequence of reportage and speculations on the story that have me wondering. Leaving aside for the moment the possibility that the whole thing – including the various speculations – are all carefully contrived experiments in story-creation and manipulation (which for those following my CERN-Mandela Effect-Data Correlation Experiments-Multiverse ideas, I don’t rule out of the picture), assume for a moment that none of that is involved. What disturbs me is what remains when one strips the story of that speculative possibility. What remains are (1) power outages that appear to be (2) coordinated in distinct areas of the grid, (3) the idea of “attack”, and (4) solar storms.

Now that really is high octane speculation. It is beyond high octane. It’s cosmologically kooky speculation, for obviously, most people won’t think of “solar storms” and the idea of “deliberate attack” in the same conceptual space. It’s impossible. It would require the ability to engineer stellar-sized systems. And the only way to do that would be to engineer such affects via magnetic resonance and coupling the Earth’s and the Sun’s magnetic systems together. While all of that might be within the  realm of feasibility of some Mad Telsa-like scientist in the Mad Scientist Department of DARPA, the whole cluster of articles would also suggest the possibility of “pointing and aiming” the affect, which adds yet another level of impossibility to an already impossible task.

Regular readers here know me by now: all these thoughts ran through my head the moment I heard about the story. It’s my job: I speculate on things. But this isn’t exactly my run-of-the-mill “high octane speculation.” If others are already thinking and writing articles about it, it would seem not to be very high octane at all.

This weeks earthquake forecast covers the previous areas missed by last weeks forecast. Asia (East of Nepal to Vietnam) has been silent for almost two full weeks with no activity above M4.0 reported, this means the area is under pressure from the East (coming from the Pacific unrest showing around Indonesia and Japan).

This past week, a new swarm of earthquakes spread across Japan topping out at a mere M5.1.. I was certainly expecting more activity than this to develop, but the deep M6.4 below Indonesia appears to have changed things up midway during this past week.

Sumatra was hit as expected, now priming the area North of India and East of India for larger movement. If we go another week with silence across the Himalayan range, then a serious look needs to be taken at what is causing the building “silence” which is really building pressure and not releasing via smaller earthquakes like we would hope to see.

West coast of the United States.. watch near Los Angles, San Diego East to the border with Nevada, South to Cerro Prieto volcano / Salton Sea volcanic buttes. No reported earthquakes in the Pacific Northwest (suspicious to say the least)… thus we need to watch for larger movement to the South at this point in addition to the Pacific Northwest.

The edge of the craton should be on watch for M4.0 activity at the dormant volcanoes and fracking operations across Eastern California, Nevada, Idaho, Wyoming, Utah, Arizona, Colorado, Texas, Oklahoma, and Kansas. ALL should be hit this week by moderate movement.

The East coast should expect (and has now already received before this video was uploaded) a M3.1 (m2.6 revised) earthquake. Nova Scotia was just struck while this video was uploading to youtube… however we still need to watch this Northeast craton edge location for the remainder of the week.

Europe, the reset button was hit when the M4.5 struck near Mount Dutch supervolcano at the North Pole (not reported by the USGS by the way). Now pressure is rebuilding in South Europe, putting Italy, Greece and the Mediterranean sea back in the mix for M5.0 range (or greater) earthquakes this week. IF we see a large earthquake across North India or the Himalayan range then this may place new additional pressure on Europe.

Keep watch for the silent zones shown in this video for possible large movement this week.

This past week we saw a marked increase in M6.0 range activity (Five event) compared to the previous weeks showing half the amount. If things carry on upwards, we’ll start seeing M7.0 range earthquakes and possibly even new sudden volcanic eruptions in Indonesia , Mexico, and central America.

Through a unanimous vote by its City Council, the city of Berkeley, California has decided to hold Monsanto legally liable for polluting the land and water with PCBs (polychlorinated biphenyls). [1]

The council’s 6-0 vote means that Berkeley is joining Oakland, San Jose, San Diego and Spokane, Washington, in filing suits against Monsanto, the agricultural biotech company based in St. Louis, Missouri.

The news comes near the company’s announcement of cutting a total of 3,600 jobs due to declining sales.

PCB’s were first manufactured commercially in 1929 by the Swann Corporation, which later became part of Monsanto Chemical Company. By 1976, the environmental destruction caused by PCBs was so obvious that even Congress had to outlaw them.

The San Francisco Bay has been found to be replete with toxic PCBs, causing damage to fish and other marine life.

According to the NRDC:

“In 1997, 50 percent of fish sampled in San Francisco Bay exceeded screening values for PCBs and mercury. (A screening value is the tolerable level of a particular contaminant, as determined by the state.) White croaker and shiner surf perch showed high concentrations of PCBs and pesticides, while striped bass and leopard sharks were found to have high levels of mercury.

In the same year, 15 percent to 37 percent of samples exceeded the screening values for DDT and chlordane. Fish in Oakland Harbor had significantly higher contamination concentrations than the fish in other areas of the bay. In a number of cases, the level of contamination was well above state and federal health standards.”

These contamination levels still linger today. The kicker is that Monsanto has been accused of knowingly contaminating California’s waters with the chemicals.