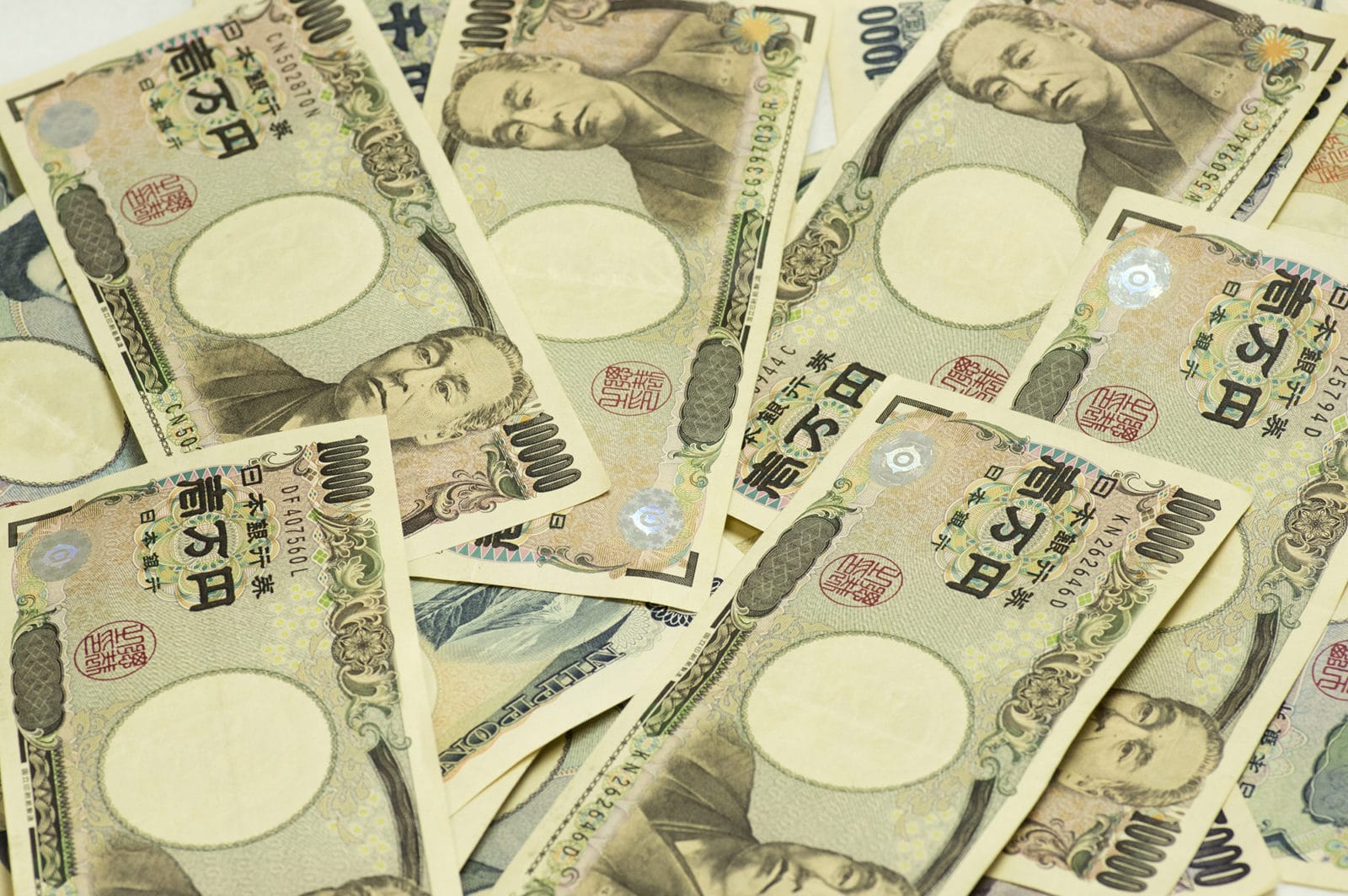 If you’ve been watching the fallout from the Russo-Japanese Onshen summit last December, some of this news won’t surprise you. Consider the following articles shared by Mr. S.D.:

Of course, we’re told the usual story about why Japan would want to negotiate bi-lateral currency arrangements with other Asian nations: it’s all to stop the spread of the Chinese Yuan as a regional (and eventual global) reserve currency. But at the same time it’s experimenting with blockchain technology. By now regular readers here know my thoughts on “digital currencies” and the pressure from Mr. Globaloney to move to a cashless system: no digital system is 100% secure, and yes, I suspect that eventually people will figure out a way through quantum encryption as well. These heresies uttered, the bi-lateral currency story should be read, in my opinion, the same way Mr. Abe’s rearmament should be read: it’s a long term hedge against the increasingly erratic and nutty policies of Empire America, Inc., and thus, while Tokyo is mouthing continued support of Washington, it realizes in the long term that it can no longer count on Washington.

In the process, Japan is remaking the geopolitics of the Western Pacific.

But there was another story that I wanted to include here, and it’s the main focus today; the rest is, so to speak, the context in which to read it. This article was shared by Mr J.S., and it’s hugely important:

Must he do everything? Putin offers to help clean up Japan’s Fukushima

This brings me to my very high octane speculation of the day, for there’s an entirely different context for Japanese rearmament. As regular readers here may also know, I have long regarded Japan (and Germany) as being “turn the screw” nuclear and thermonuclear powers, i.e., as nations that could (and probably have) manufacture all the parts for nuclear and thermonuclear weapons and delivery systems, and simply assemble them quickly – turn the screw – in case of an emergency. As regular readers here may also recall, when the Fukushima disaster occurred, there were those in Japan who suspected – correctly in my opinion – that the disaster may not have been merely an act of nature, for it occurred in an interesting political context: a new government had taken power, and that new government was intent on mending relations with China. That new government was also serious about shutting down the American Empire’s base on Okinawa, long a sore spot in post-war Japanese-American relations. There was talk of state visits of the Japanese Emperor to Beijing. The then US Secretary of Defense, Mr. Robert Gates, issued a statement about these developments that could only be interpreted as a direct threat to the Japanese government. Then, the earthquake and the tsunami. Many Japanese suspected then that the entire incident was deliberate. I maintain that strong suspicion to this day. In the aftermath of Fukushima, there were also a number of articles that revealed that the Japanese may have been conducting a covert nuclear weapons program. Japanese researchers pointed out the peculiar alignment of the earthquake with political events, and the rise of Mr. Abe’s government. Similarly, former assistance secretary of Housing and Urban Development, Catherine Austin Fitts, has pointed out the Indonesian tsunami occurred after a week of inexplicable trades in Indonesian sovereign securities.

In any case, it is in the wake of Fukushima that Mr. Abe has pursued his rearmament plans, setting aside for the first time in postwar history the “percentage cap” on defense spending that was written into the Japanese constitution. This factor has always influenced my thinking that the Fukushima disaster – an ongoing disaster, let us remember – was not merely an act of nature. If anything, it was more like an act of war, with rearmament being Japan’s response. This of course is not a reading of the events that most people – and particularly the corporate controlled media – will accept. Nonetheless, it is the reading and understanding I’ve always used to interpret these events; for me, these events are to be viewed whole: Mr. Gates’ threatening remarks to Japan, Fukushima, and Mr. Abe’s rearmament. And now, we can add Bi-lateral currency agreements to that list.

Which brings us, at last, to today’s high octane speculation about that last article. I want to draw attention to the opening two paragraphs of this rather short, but highly important article:

On Thursday, 27 April, Russian President Vladimir Putin met with Japanese Prime Minister, Shinzo Abe, in Moscow. A myriad of topics were discussed as part of the talks, many of which had to do with increased Japanese investments into Russia and Russia’s ability to provide Japan with its energy supplies. “Peaceful atomic energy” featured as a possible solution to Japan’s energy needs.

On this basis, Vladimir Putin offered to help clean up the destroyed Fukushima nuclear plant, “with the most modern technology available.”  (Bold emphasis added, italicized emphasis in the original)

This raises two prospects to my mind.

When the Chernobyl nuclear disaster occurred, the Soviet Union was in its last long decline; Mikhail Gorbachev was trying desperately to revitalize the system and to head off an economic collapse. Chernobyl occurred and many Russians heroically and sacrificially gave their lives to prevent the disaster from becoming even worse than it was. But Chernobyl also occurred in another unusual political context, one which I’ve also found to have the vague hint of the odor of Fukushima about it, for as the Soviet Union was in its death throes, there were a number of large earthquakes just prior to the final dissolution of the Warsaw pact and the reunification of Germany. One of these occurred in earthquake-prone Georgia, home of the then Soviet Foreign Minister Eduard Shevardnadze. At the time I wondered – as some Japanese did after Fukushima – if the Soviet Union had been hit with earthquake weapons.

Assume, for the sake of today’s high octane speculation, that it was. If so, then  by talking about Fukushima, then perhaps Japan and Russia are “comparing notes” and “suspicions”. If so, then this means they could also be discussing – very secretly of course – the means, techniques, and technologies for identifying the use of such weapons.

Note the final statement that Mr. Putin is offering to help Japan clean up the Fukushima plant “with the most modern technology available.” This implies that the Russians may have developed technologies for nuclear accidents, most likely as a result of the Chernobyl disaster. In this respect, it’s worth recalling that Lt. Col. (US Army, Ret) Tom Bearden has long maintained that the Soviets developed an entirely different technology for the treatment of radioactivity. There have been videos of technologies that alter the rates and degree of radioactive decay (yes, even on ABC’s Good Morning America, years ago). The point here is that Russia may have some technological advantage that is not entirely public record.

And in the context of a North Korean problem, they’re offering to share it with Japan, and to help clean up Fukushima.

And if all this high octane speculation is true – and it’s a mighty big “if” – then there was just another quiet geopolitical earthquake in the Western Pacific.

In the western United States notices are springing up, Uranium, the notices warn, tests at levels considered unsafe by federal and state standards.  The notices say you can drink the water — but if you drink the water over a period of time, you can get cancer. USGS researchers recently sampled 170 domestic water wells in the San Joaquin Valley, and found 20 to 25 percent bore uranium at levels that broke federal and state limits.

Uranium, the stuff of nuclear fuel for power plants and atom bombs, increasingly is showing in drinking water systems in major farming regions of the U.S. West. Naturally, authorities are doing little to inform the public at large of the growing risk.

Government authorities say long-term exposure to uranium can damage kidneys and raise cancer risks as well as provoke other health problems. Once the uranium is solubilized in the blood, the kidney will excrete some of it in urine. Uranium not excreted distributes to bone and soft tissue, including the kidney, liver, lung, fat, muscle, and then, to some extent, to all other organs. Though the main reservoir is the skeleton, the target organ is the kidney, where functional changes are observed. Research teams at Tufts and the University of New Mexico also link long-term exposure to signs of reproductive and genetic damage.

In one swath of farmland in California, roughly 250 miles long and encompassing major cities, up to one in 10 public water systems have raw drinking water with uranium levels that exceed federal and state safety standards, the U.S. Geological Survey has found. It is interesting to note that at Livermore Labs they have license to explode a certain amount of depleted uranium above ground each year.

Nearly 2 million people in California’s Central Valley and in the U.S. Midwest live within a half-mile of groundwater containing uranium over the safety standards, University of Nebraska researchers said in a study published in September. Moreover, guess what? Livermore Nuclear Weapons Lab detonates about 200 radioactive “dirty bombs” a year, creating deadly and radioactive uranium gas in the heavily populated San Francisco Bay and Monterey Bay Areas of California. About 10 million people live and work within the large metropolitan areas.