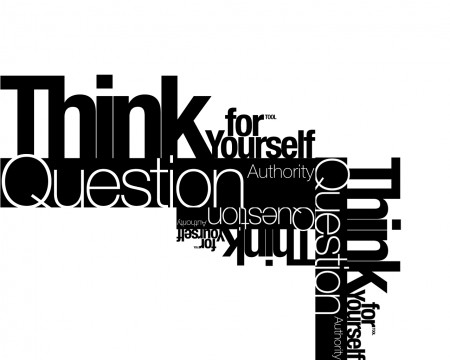 Only I’ve been doing it for real, here at NoMoreFakeNews.com. That’s the difference. Google and Facebook are up to something else. They’re attacking truth emanating from the alt media.

It’s a reverse play on their part. Google will refuse to allow “fake sites” to use their AdSense Program. FB will try to limit “fake” posts.

Major media election coverage was so phony it was laughable. Inside their bubble, Hillary was winging her way to victory. She was way out ahead in the polls. Wikileaks and Project Veritas were spooling out devastating revelations almost every day, and the press was studiously ignoring the implications. Why don’t FB and Google go after the NY Times and WaPo and CBS and NBC and ABC and CNN and FOX, if they want to limit fake news? Why? Because all those jokers, including Google/FB, are on the same page. They’re all PR firms fronting for the concoction called Globalism.

In mainstream news, everything should begin with the concept of a staged event.

“The news is all about manipulating the context of stories. The thinner the context, the thinner the mind must become to accept it. If you want to visualize this, imagine a rectangular solid. The news covers the top surface. Therefore, the mind is trained to work in only two dimensions. Then it can’t fathom depth, and it certainly can’t appreciate the fact that the whole rectangular solid moves through time, the fourth dimension.” (The Underground, Jon Rappoport)

Focus on the network evening news. This is where the staging is done well.

First, we have the image itself, the colors in foreground and background, the blend of restful and charged hues. The anchor and his/her smooth style.

Then we have the shifting of venue from the studio to reporters in the field, demonstrating the reach of coverage: the planet. As if this equals authenticity.

Actually, those reporters in the field rarely dig up information on location. A correspondent standing on a rooftop in Cairo could just as well be positioned in a bathroom in a Las Vegas McDonald’s. His report would be identical.

The managing editor, usually the elite news anchor, chooses the stories to cover and has the final word on their sequence.

The anchor goes on the air: “Our top story tonight, more signs of gridlock today on Capitol Hill, as legislators walked out of a session on federal budget negotiations…”

The viewer fills in the context for the story: “Oh yes, the government. Gridlock is bad. Just like traffic on the I-5. A bad thing. We want the government to get something done, but they’re not. These people are always arguing with each other. They don’t agree. They’re in conflict. Yes, conflict, just like on the cop shows.”

The anchor: “The Chinese government reports the new flu epidemic has spread to three provinces. Forty-two people have already died, and nearly a hundred are hospitalized…”

The viewer again supplies context, such as it is: “Flu. Dangerous. Epidemic. Could it arrive here? Get my flu shot.”

The anchor: “A new university study states that gun owners often stock up on weapons and ammunition…”

The viewer: “People with guns. Why do they need a dozen weapons? I don’t need a gun. The police have guns. Could I kill somebody if he broke into the house?”

The anchor: “Doctors at Yale University have made a discovery that could lead to new treatments in the battle against autism…”

Viewer: “That would be good. More research. Laboratory. The brain.”

If, at the end of the newscast, the viewer bothered to review the stories and his own reactions to them, he would realize he’d learned nothing. But reflection is not the game.

In fact, the flow of the news stories has washed over him and created very little except a sense of (false) continuity.

It would never occur to him to wonder: are the squabbling political legislators really two branches of the same Party? Does government have the Constitutional right to incur this much debt? Where is all that money coming from? Taxes? Other sources? Who invents money?

Is the flu dangerous for most people? If not, why not? Do governments overstate case numbers? How do they actually test patients for the flu? Are the tests accurate? Are they just trying to convince us to get vaccines?

What happens when the government has overwhelming force and citizens have no guns?

When researchers keep saying “may” and “could,” does that mean they’ve actually discovered something useful about autism, or are they just hyping their own work and trying to get funding for their next project?

These are only a few of the many questions the typical viewer never considers.

Therefore, every story on the news broadcast achieves the goal of keeping the context thin—night after night, year after year. The overall effect of this staging is small viewer, small viewer’s mind, small viewer’s understanding.

Next we come to words over pictures. More and more, news broadcasts are using the rudimentary film technique of a voice narrating what the viewer is seeing on the screen.

People are shouting and running and falling in a street. The anchor or a field reporter says: “The country is in turmoil. Parliament has suspended sessions for the third day in a row, as the government decides what to do about uprisings aimed at forcing democratic elections…”

Well, the voice must be right, because we’re seeing the pictures. If the voice said the riots were due to garbage-pickup cancellations, the viewer would believe that, too.

We see Building #7 of the WTC collapse. Must have been the result of a fire. The anchor tells us so. Words over pictures.

It mirrors what the human mind, in an infantile state, is always doing: looking at the world and seeking a brief summary to explain what that world is, at any given moment.

Since the dawn of time, untold billions of people have been urging a “television anchor” to “explain the pictures.”

“Well, Mr. Jones,” the doctor says, as he pins X-rays to a screen in his office. “See this? Right here? We’ll need to start chemo immediately, and then we may have to remove most of your brain, and as a follow-up, take out one eye.”

Sure, why not? The patient saw the pictures and the anchor explained them.

After watching and listening to a month or two of news planted with key words, the population is ready to see the President or one of his minions step up to a microphone and say, “Quantitative easing…sequester…”

A month later, those two terms disappear, as if they’d never existed.

Eventually, people get the idea and do it for themselves. They see things, they invent one-liners to explain them.

They’re their own anchors. They short-cut and undermine their own experience with vapid summaries of what it all means.

And then, of course, when the news cuts to commercial, the fake products take over:

“Well, every night they’re showing the same brand names, so those brands must be better than the unnamed alternatives.”

For “intelligent” viewers, there is another sober mainstream choice, a safety valve: PBS. That newscast tends to show more pictures from foreign lands.

“Yes, I watch PBS because they understand the planet is interconnected. It isn’t just about America. That’s good.”

Sure it’s good, if you want the same thin-context or false-context reporting on events in other countries. Instead of the two minutes NBC might give you about momentous happenings in Iraq, PBS will give you four minutes, plus congenial experts commenting abstractly, employing longer words.

PBS’ experts seem kinder and gentler. “They’re nice and they’re more relaxed. I like that.”

Yes, the PBS experts are taking Valium, and they’re not drinking as much coffee as the CBS experts.

Anchors deliver the long con every night on the tube, between commercials.

And of course, the “science” promoted on the network news is also derived from marketing efforts at major government agencies, such as the CDC.

The anchor says, “Medical experts are now taking a heavier approach to parents who refuse to vaccinate their children and deny the benefits of vaccines.”

What sits behind that statement?

The announcement of so-called epidemics and outbreaks are part of a strategy for marketing vaccines. It’s obvious.

“Influenza occurs globally…Worldwide, these annual epidemics are estimated to result in about 3 to 5 million cases of severe illness, and about 250 000 to 500 000 deaths.”

Now consider a “measles outbreak” in the US. 150 cases.

In the matter of worldwide flu, WHO and the CDC choose not to hype and propagandize; but in the case of the measles, it’s suddenly all hands on deck and fear, fear, fear.