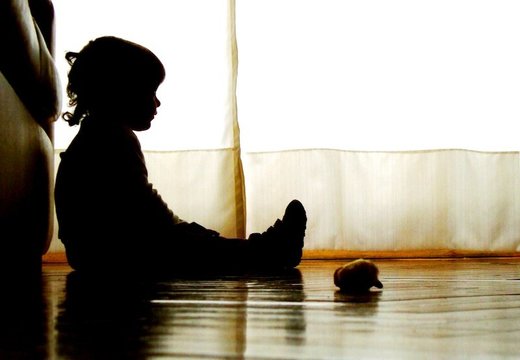 In a just released, internal investigation report into child sexual abuse, it has been revealed that numerous agencies, including both public and private in the U.K., have been grossly inadequate at reporting child sexual abuse, and that a startling number of additional pedophilia rings, aside from the recently disclosed, are still at large.

The report states that public hearings already conducted are central to the Inquiry’s work to examine and expose institutional failures to report child sex trafficking. During 2016, 11 preliminary hearings and 205 core participants were designated across seven investigations.

The Inquiry sent legal requests to hundreds of institutions likely to have relevant information asking them to submit evidence of sexual transgressions. More than 86,000 documents have been received thus far.

These investigations will look more deeply into allegations of child abuse against the Roman Catholic Church (Pope Francis has recently refused to punish pedophiles), the Chichestor Diocese Case (Rev. Bishop George Bell is an example of a recent pedophilia scandal), and the Anglican Church (Rev. Russel Nicolle, 50, an Anglican minister from Elliot Lake, Ontario, received 8 months in jail for “repulsive, disgusting and degraded” sexual abuse of a 12 year old and 16 year old boy. Judge M.C. DiSalle said he “seriously breached” his position of trust as rector of St. Peter the Apostle Anglican Church, is yet another example of many within this institution.)

The inquiry will look into child molestation allegations against U.K. football clubs (a dedicated hotline was set up to report child sex abuse running rampant within these institutions), and child migration programs that sent children to Wales and England as well as into children’s residential care, custodial institutions and schools.

In short, no stone will be left unturned to uncover pedophilia that has been suspected to run rampant in Europe and the U.S., as well as other countries around the world.

The report states that they are to:

We will examine the failure of institutions to protect children from sexual abuse, and recommend the changes needed to ensure that children are better protected from sexual abuse. Both tasks are of critical importance. Neither is more urgent, valuable or significant than the other.”

This inquiry is long overdue, considering that in 1986, the head of Britain’s intelligence agency MI5 penned a letter to Margaret Thatcher’s cabinet secretary noting that a serving member of Parliament was sexually abusing children — or, as he put it, displaying a “penchant for small boys.”

The degree of government cover-up to reduce the political scandal around this topic both in the U.K. and the U.S. will likely be devastating for the public at large.

Recent investigations unearthed a British paedophile who targeted children as young as six months old while posing as a volunteer in Malaysia . Richard Huckle, from Ahford, Kent is now facing multiple life sentences for a catalogue of horrific sex crimes which he acted out between 2006 and 2014.

As this independent investigation continues, more like Huckle will likely be tried, and if the Deep State in the U.S. and the Cabal families are to be penetrated in the U.K., these investigations need to continue all the way up into the highest ranks of the political food chain.

Those who publicized the Inquiry’s intentions published the first anonymized summaries of experiences from victims who have taken part in the Truth Project, which gives a voice to those who have been subjected to sexual violence and are often stigmatized and shamed for what they have gone through.

“The courage of victims and survivors who have come forward and will come forward to the Truth Project should not be underestimated. They play a vital role in our work to establish what went wrong in the past and why it went wrong – if we are to improve child safeguarding practices in future, we must listen and learn.”