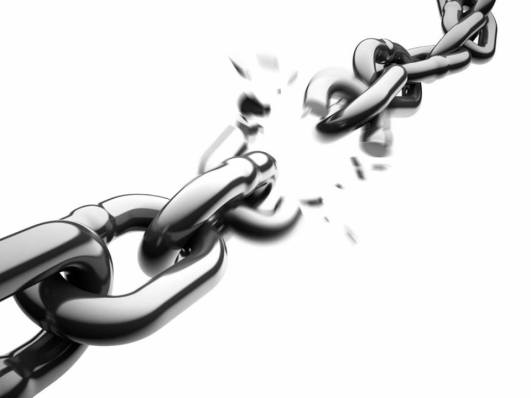 We have quite a bit of outstanding information featured today, involving many different subjects.

From education, to economy, censorship, gardening, to big pharma and more, there’s something for everyone to dabble in.

Hope the week went well.  Have a great evening, and you all stay safe.

Vaccine Damage, The Hidden Truth
This is a must read.
[Source: NoMoreFakeNews.com | Jon Rappoport]

Ten Reasons Why BIll & Hillary Clinton Do Not Deserve A Third Term In The White House
Do we REALLY need ten?
[Source: GlobalResearch.ca | Prof. Rodriguez Tremblay]

How Money From Pharmaceutical Companies Sways Doctors’ Prescriptions
An extensive, but illuminating read into the antics of Big Pharma.
[Source: Mercola.com | Dr. Mercola]

Former NBC Boss Asserts His Grandson Damaged By Vaccines
More folks are realizing what others have known all along.
[NoMoreFakeNews.com | Jon Rappoport]

Monsanto’s Next Weed Killer Uses RNA And Its Far Worse Than RoundUp
And everyone thought Round-Up was bad…
[UndergroundReporter.org | Christina Sarich]

How & When To Transplant Your Seedlings
[GrowingYourGreens]

[Urban Farming] How To: Structure The Week
[UrbanFarmer | Chris Stone]

The bad news about the rotten heart of the Common Core program keeps coming. This article was shared by Mr. S.D., and it contains yet another profound clue as to the scam being perpetrated on public schools are the western world by corporations that own and “calibrate” the standardized tests they have caused governments to force their students to take:

Teacher: What third-graders are being asked to do on 2016 Common Core test

Here’s the crux of the problem, as outlined by New York teacher Katie Lapham on her blog:

Over the course of three consecutive days last week, students in Grades 3-8 took Pearson’s New York State Common Core English Language Arts tests.  As was the case in 2013, 2014 and 2015,  I felt that the the 2016 English Language Arts tests were developmentally inappropriate, confusing and tricky.  Despite the New York State Education Department (NYSED)’s “adjustments” to the 2016 assessments, there was no improvement to the quality of the tests.

While I am barred from disclosing the reading passages and questions that appeared on the tests, in no way will I refrain from broadcasting to the world how outraged I continue to be – year after year – over New York’stesting regime.  Since 2013, when Pearson’s Common Core tests were first administered in New York state, I’ve been documenting this on my blog.

Later, Ms. Lapham has this to say:

3.) The questions were confusing.  They were so sophisticated that it appeared incongruous to me to watch a third-grader wiggle her tooth while simultaneously struggle to answer high school-level questions. How does one paragraph relate to another?  Unfortunately, I can’t disclose more.  The multiple-choice answer choices were tricky, too. Students had to figure out the best answer among four answer choices, one of which was perfectly reasonable but not the best answer.

Here’s what P.S. 321’s principal, Elizabeth Phillips, wrote about the 2014 Common Core tests.  Her op-ed, “We Need to Talk About the Test,” appeared in the New York Times on April 9, 2014.  These same issues were evident on the third-grade 2016 English/Language Arts test.

“In general terms, the tests were confusing, developmentally inappropriate and not well aligned with the Common Core standards. The questions were focused on small details in the passages, rather than on overall comprehension, and many were ambiguous. Children as young as 8 were asked several questions that required rereading four different paragraphs and then deciding which one of those paragraphs best connected to a fifth paragraph. There was a strong emphasis on questions addressing the structure rather than the meaning of the texts. There was also a striking lack of passages with an urban setting. And the tests were too long; none of us can figure out why we need to test for three days to determine how well a child reads and writes.”

As Gary Lawrence and I document in our forthcoming book Rotten to the (Common) Core, this corporatization strategy is the latest twist in an old “argument from authority” in the standardized testing business: when the specific questions of a test are challenged (as they have been since their appearance in education) by various people, the stock-in-trade response of the “industry” has been to defend the questions, no matter how poor, by an appeal to the corporation’s “anonymous experts” and “committees” and statisticians. A pretense of listening to the opposition is offered, but the overall philosophical problem with the standardized test remains, and oftentimes, the “replacement” questions are worse than the ones challenged and, in a few cases, successfully overturned.

Today we have disturbing aspects of the direction that American Education is headed into covered by Dr. Farrell from separate avenues, while we also have two links on the dangers of vaccinations.

If you are a parent, know anybody that vaccinates regularly, or are someone seeking additional information, please check out Jon Rappoport’s piece on vaccination.  Its a great starting point for those that haven’t begun sifting through the data available.

In the cornerstone of corruption, Big Pharma’s ways are covered at length by Dr. Mercola, while the folks at DailyBell penned an excellent piece regarding how financial privacy is undergoing a full-court press.

There are eight links in all, but each with vital information for those seeking information that the mainstream media rarely covers.

Hope all is well.

Vaccine Damage, The Hidden Truth
This is a must read.
[Source: NoMoreFakeNews.com | Jon Rappoport]

How Money From Pharmaceutical Companies Sways Doctors’ Prescriptions
An extensive, but illuminating read into the antics of Big Pharma.
[Source: Mercola.com | Dr. Mercola]

Vaccines Could Be Causing Cancer, Heart Disease & More
There are countless other diseases & auto-immune disorders vaccines can cause.
[Source: iHealthTube]

Ten Reasons Why BIll & Hillary Clinton Do Not Deserve A Third Term In The White House
Do we REALLY need ten?
[Source: GlobalResearch.ca | Prof. Rodriguez Tremblay]

Yesterday I blogged about a short article reporting a DARPA scheme that wants to put an electroencephalogram machine in every classroom. Well, as you may have gathered, I’m in one of my “moods” about the corporate quackery and kookiness that has invaded every classroom in the USSA, and many other western countries.

I said has invaded rather than wants to invade because in point of fact, the process of this invasion began long ago, and is best symbolized in the nuttery of the Education Testing Service in Princeton, New Jersey, misbegotten “brainchild” of Henry Chauncey and his Harvard mentor, James Bryant Conant, former Hardvard President and a man who… well, I’ll leave that aside for the moment. The result of this Amarikuhn obsession with being traditionally anti-traditional has been an educational system awash with mediocrity, faddery, and a plethora of corporations inventing a new Rube Goldberg technological solution to the country’s educational woes every few years or so, the latest snake oil program being Common Core and its individually adaptive computerized standardized tests, the dangers of which I have attempted to point out before. But now the program is beginning to come under fire, as more and more states are pulling out of it, and as even the mainstream media now at least pretends to get that there are problems. This article, from Wired magazine, was shared by Mr. D.E., and it’s well worth your consideration if you are concerned about the state of education in your country, and about the deleterious influence Amairikun edgykayshunul methods and approaches may be having over it:

Pearson’s Quest to Cover the Planet in Company-Run Schools

Now let’s begin with the first and most obvious fact: corporations do not have a Bill of Rights; they by their structure are not concerned with individual human creativity, individually, and freedom. They are interested in “the team player,” in the collective, in conformity, and profits. If they can produce a facsimile of education – for that is all they can produce – and make a profit off of it, so much the better. Consider the implications of these paragraphs from Wired’s article:

Joseph P. Farrell
Joseph P. Farrell has a doctorate in patristics from the University of Oxford, and pursues research in physics, alternative history and science, and “strange stuff”. His book The Giza DeathStar, for which the Giza Community is named, was published in the spring of 2002, and was his first venture into “alternative history and science”.
Loading Comments...