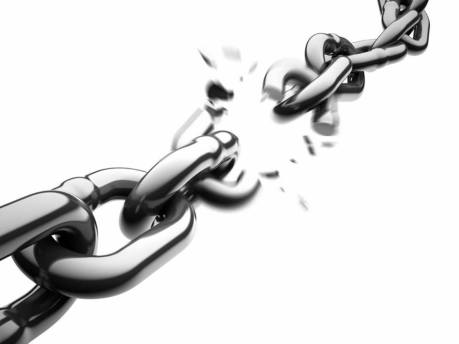 There are two much older links today, but they are quite pertinent given that those issues affect most of the populace still to this day.  Have a great evening.

Blair To Eradicate European Culture To Create A United States Of Europe
[An incisive synopsis into the aspects of culture creation/manipulation that are taking place.  Source: DailyBell]

Breaking: Newsweek: Scientists Link Fluoridated Water With ADHD, Obesity & Depression
[An old, but notable link considering more than half the water in the US is fluoridated.  Source: HealthNutNews]

The Psychological / Ritual Warfare Of Aesthetic Terrorism & Mass Shootings
[Another older, but salient link given the fact psychological operations, mass shootings, false flags and the like are with us, and probably will be until considerable change takes place.  Source: JaysAnalysis]

Organic Food Vastly More Nutritious Than Genetically Modified Food: Huge New Science Study Reveals The Differences
[If you still eat genetically modified food, or haven’t looked into it, please do.  Your health depends on it, especially given the fact there have never been intergenerational studies of them.  That doesn’t even begin to include the fact that Jeffery Smith has covered considerable information regarding how much Biotech corporations control every aspect of what information makes it to the public eye.  Source: NaturalNews.com]

Doing This Type Of Brain Cardio Could Prevent Mental Decline By Up To 32%
[Source: NaturalSociety.com]

Benzodiazepines (BZDs), the group of central nervous system depressants known to create feelings of calm, sleep and drowsiness, are under fire for findings that suggest they may lead to cancer. This means that the likes of Valium, Xanax, Klonopin, and a host of other psychoactives, are playing a role in chipping away at people’s health, putting them at risk for one of the most life-threatening diseases around.

The finding comes from experts who engaged in a longitudinal population-based case-control study in which information was assessed from the Taiwan National Health Insurance database. The goal was to determine any association between use of BZDs and cancer risk in people who were 20 years of age or older.

Unsurprisingly, but still terribly saddening, they found that the answer was a very likely “yes.”

According to the published study entitled, Is Long-term Use of Benzodiazepine a Risk for Cancer?, there’s a correlation between BZDs and specific cancers. The study notes that it was observed “… that benzodiazepines exposure increased the overall cancer risk up to 21%, specifically for brain 98%, colorectal 25%, lung 10%, esophagus 59%, prostate 36%, bladder 39%, liver 18%, pancreas 41% and other cancers 27%.”

While they suggest that, “therapeutic effectiveness of BZDs should be monitored closely for long-term users” in order to fully understand the scope of the implications, the experts don’t shy away from the likelihood that the use of such drugs poses cancer-causing threats. They write that “… we assume that risk of cancers could be associated with individual BZD, which might have some relationship only with particular cancers etiology need to be identified.”

The mind-altering drugs most of us don’t need, but are prescribed anyway

Unfortunately, many of us are walking around with a variety of psychoactives in our systems, popping pills like it’s going out of style. In fact, it’s all part of a vicious cycle in which doctors prescribe psych meds to people who – in many cases – don’t even need them. At the same time, such medical experts enjoy the perks that come with Big Pharma bribes, in the form of cash, decadent meals and fancy vacations.

So, while your health is put in jeopardy, some doctors literally laugh all the way to the bank. It’s of grave concern that this behavior continues; doctors who do this are playing a role in the approximately 5 million deaths that have occurred in the West just in the past decade alone – and it’s all due to unnecessarily prescribing psych medications to people who don’t really need them in the first place.

Not only are such drugs linked to certain cancers, as the aforementioned study shows, but they’re also associated with suicides and other worrisome issues.

The British Medical Journal found that antidepressant drugs increase the risk of suicide and aggressive behavior; although this was especially so in people under the age of 18, the finding involved all age groups. A total of 70 trials were assessed to examine the safety and effectiveness of the most common antidepressants available to consumers, and it was found that such medications put the under-18 age group at double the risk of suicide.

Use of BZDs is even linked to the surge in mass shootings that seem to be occurring just about every other day. Surely, it’s not just a coincidence that the amount of prescriptions tripled between 1996 and 2013, while the number of overdoses quadrupled – quadrupled! – during that same time. What else has been happening though the years? You guessed it – a ridiculous number of mass shootings and acts of violence, in which it’s often discovered that the person or people involved were taking mind-altering psych meds.