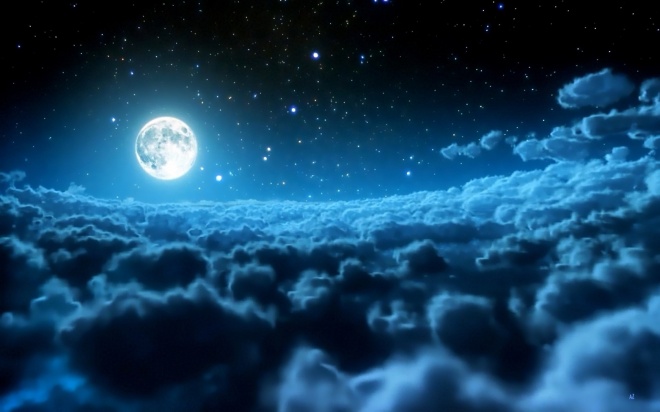 “Imagination can produce a level of well-being that is bulletproof, in the sense that, no matter what happens in life, there is a back-up, there is something that can be created beyond the current crisis…” (The Magician Awakes, Jon Rappoport)

“When I use the word ‘magic’, I mean everything that can spring from imagination. Not the silly little things. The big things. The launching of entirely new realities that outdistance what society is producing. And setting a limit on what the individual can imagine and create, and how far he can go, is very much like promoting the idea that every human is ill and should be a medical patient all his life. It’s sheer propaganda that seeks the lowest common denominator, as a sales gimmick. In the case of imagination, we’re talking about the future of civilization and human life on the planet—whether it rises or falls, whether the population finally accepts the notion that every person is a victim and there is no way out…” (Notes on Exit From The Matrix, Jon Rappoport)

In the human psyche, from the moment a newborn baby emerges into the light of day, he/she has a desire for magic.

We are told this is an early fetish that fades away as the experience of the world sets in. As maturity evolves. As practical reality is better understood.

In most areas of psychology, sensible adjustment to practical reality is a great prize to be won by the patient. It marks the passage from child to adult. It is hailed as a therapeutic triumph.

In truth, the desire for magic never goes away, and the longer it is buried, the greater the price a person pays.

A vaccine against a disease can mask the visible signs of that disease, but under the surface, the immune system may be carrying on a low-level chronic war against toxic elements of the vaccine. And the effects of the war can manifest in odd forms.

So it is with an inoculation of reality aimed at suppressing magic.

One of the byproducts of the “reality shot” is depression.

The person feels cut off from the very feeling and urge he once considered a hallmark of life. Therefore, chronic sadness. Of course, one explains that sadness in a variety of ways, none of which gets to the heart of the matter.

It is assumed that so-called primitive cultures placed magic front and center simply because “they couldn’t do better.” They didn’t have science, and they couldn’t formulate a “true and rational” religion with a church and monks and collection plate and a European choir and an array of pedophiles.

Historically, the impulse for magic had to be defamed and reduced and discredited. Why? Obviously, because the Westerners who were poking through ancient cultures had already discredited magic in themselves—they had put it on a dusty shelf in a room in a cellar beyond the reach of their own memory. But they couldn’t leave it alone. They had to keep worrying it, scratching it, and so they journeyed thousands of miles to find it somewhere else—and then they scoffed at it and tried to crush it.

And we wonder why, under the banner of organized religion, there has been so much killing. At a deep level, the adherents know they’ve sold their souls and they’re depressed, angry, resentful, remorseful, and they want to assuage and expiate their guilt through violence.

But the urge for magic is forever.

And yet the charade goes on. While paying homage and lip service to ordinary practical reality seasoned with a bit of fairy-tale organized religion, people actually want to change reality, they want to reveal their latent power, they want to create realities that, by conventional standards, are deemed impossible.

They want to find and use their own magic.

In our modern culture, we’re taught that everything is learned as a system. That, you could say, is the underlying assumption of education. It has far-reaching consequences. It leads to the systematizing of the mind. The mind is shaped to accommodate this premise.

“If I want to know something, I have to learn it. Somebody has to teach it to me. They will teach it as a system. I will learn the system. I will elevate the very notion of systems. Everything will be a system.”

In the long run, that gets you a lump of coal in a sock, a spiritual cardboard box to live in.

The intellectual enrolls at Harvard, he studies anthropology for six years, he flies to a jungle in South America, he digs up remnants of a lost culture, he infers they performed arcane ceremonies six times a week, he writes monographs—and he concludes they were a very picturesque society with fascinating customs and totems, and their brand of magic can best be understood as an inevitable consequence of their matriarchal organization, which itself was an accommodation to rainfall levels.

Back home, the anthropologist takes two Paxil and goes off to teach a class on the meaning of ancient eyebrow trimming in Tierra del Fuego.

Systems are wonderful things. They produce results. They take us into technological triumphs. They help us become more rational. But when they are overdone, when the mind itself becomes shaped like a system, it reaches a dead-end. Then the mind works against the unquenchable desire for magic. Then society is organized as a tighter and tighter system and turns into a madhouse.

And then people say, “Maybe machines can actually think and choose and decide. Maybe machines are alive. What would happen if we grafted computers on to our brains? It might be wonderful.”

People move in this direction after their own minds have been shaped, like putty, into systems. They don’t see much difference between themselves and machines.

The desire for magic in every individual is squelched. So the first order of business is the restoration of imagination, from which all magic flows. Imagination is sitting there, always ready, waiting.

Imagination is saying, “The mind has been shaped into a system? I can undo that. I can liberate the mind and make it into an adventurous vessel. I can provide untold amounts of new energy.”

Life is waiting for imagination to revolutionize it down to its core.

Since imagination is a wild card that technocrats can’t absorb in their systems, they pretend it a faculty produced by the action of atoms in the brain. They pretend it is a delusion that can be explained by demonstrating, for example, that a machine can turn out paintings. Or poems.

“You see? We don’t need humans to make art. Computers can do just as well. Imagination isn’t mysterious at all.”

Technocracy and transhumanism flow from the concept that the human being is just another machine. And any machine can be made to…

Did you know that many clandestine agencies and branches of the DoD work within Hollywood? What if television and programing was often designed at the top levels to control your mind and how you think from the subconscious level?

Analysis of the Following Films and TV Series

Magick and the Occult

Mr. S.D. shared this news item, and it’s one of those stories I cannot resist for reasons we’ll get to shortly. As you might have gathered from the title, however, it appears that consciousness and the famous double-slit experiment of quantum mechanics are related. In this case, the famous double-slit experiment was performed under the direction of well-known consciousness researcher Dean Radin, who asked the participants to visualize which slot in the experiment a photon would take. In effect, Radin was seeking to verify whether consciousness was directly involved in what quantum mechanics calls the collapse of the wave function:

In a recent talk at the ‘Science of Consciousness’ conference in Tucson, Arizona, parapsychologist Dean Radin noted that when it comes to the (quantum physics) ‘measurement problem’, “everyone offers theories about consciousness, but nobody does anything about it.” So Radin and his team decided to see if they could find experimental evidence of consciousness influencing quantum effects.

Radin’s project was a fairly simple, though left-field, extension of the well-known double-slit experiment:

The only new element in this experiment, is that we asked people – in this case, a meditator – to keep the double-slit in mind, and to imagine in their minds eye, that they could see which of the two slits the photon went through. This is, as far as we could tell, the only way of directly testing whether consciousness is collapsing the wave function.

In the experiment, 137 test subjects – consisting of both experienced meditators and non-meditators – took part in sessions lasting 20 minutes each, made up of alternating sets of 30 seconds of observation with roughly 30 seconds of rest (the ‘roughly’ was intentional, to avoid any artifacts on strict 30 second cycles of repetition). And, after analysing the data from this pilot study of 250 sessions with 137 people – Radin and his team found a significant effect size…and especially so with the meditators in the group.

Encouraged by these results, the researchers ran a number of further experiments, including an internet-based version which ran for 3 years, with over 5000 sessions completed by human subjects, and over 7000 done by a ‘Linux’ robot as a control. Again, they found a substantial effect.

As the article notes, there was the usual skeptical response, and I would have to put myself in this category. And with that in mind, my reaction here is nonetheless positive, for it has been decades since quantum mechanics, with its emphasis on observation, burst upon the scene of physics, and with it, its potential implications for a “physics of consciousness” or, perhaps better, a consciousness metaphysics of physics, a “psycho-physics” if you will. Other physicists are alive to the possibility, but few real attempts at experiments have actually been performed, and Radin is to be credited with attempting to do so, and do so in a manner that deals directly with the effect of consciousness on the collapse of wave function and that deals directly with superposition.

Joseph P. Farrell
Joseph P. Farrell has a doctorate in patristics from the University of Oxford, and pursues research in physics, alternative history and science, and “strange stuff”. His book The Giza DeathStar, for which the Giza Community is named, was published in the spring of 2002, and was his first venture into “alternative history and science”.
Loading Comments...