Forbidden Archeology: The Hidden History of the Human Race by Michael A. Cremo and Richard L. Thompson quickly became a best selling underground classic, with over 200,000 copies sold and translations in more than 13 languages. This massive work spawned waves of resistance and wonder amongst the scientific community, with over 900 pages of well-documented evidence suggesting that modern man did not evolve from ape man, but instead has co-existed with apes for millions of years.

Michael Cremo lectures to academic, popular, and scientific audiences around the world in a continuing challenge to Darwinian evolution. 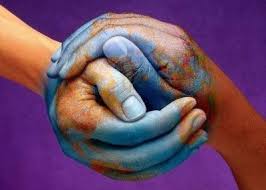 There has been quite a preponderance of people ‘praying for Paris’ and such. In Analyzing Human Action – Paris Events, we previously covered the fact that there are many notable effects from prayer, intention, and meditation. What human consciousness can accomplish truly is a beautiful thing.

One thing that kept taking place, over and over in a myriad of online venues was the fact that everyone was focused on Paris. That is natural, as most of the population tends to follow the latest news like a moth to a flame amidst chaos and suffering.

The ironic part is, that there were many other issues in the past, and nobody seemed to give a damn. It seems as reality is only official when the media expounds it, and nobody else. Countless individuals, albeit in the minority, have been yelling from the rooftops at myriad of other massacres that have taken place. Yet, almost nobody bats an eye lash.

Some of these people will say they haven’t heard of it, and yet when greater issues are shown to them, they still opt to give attention to the smaller, more ‘well known’ issue/s, while completely ignoring the obviously larger [more deaths, suffering, repeatedly], ‘less known’ issue that’s not being reported by the media. And yet they claim that they care. It boggles the mind at times to be honest.

In very recent times, Nigeria, Yemen, have been on the unfortunate receiving end of terrorist attacks. Twenty-two people died in Yemen, and fifty died in Nigeria – and yet not a peep from the media, and less so from the populace. Where are all the prayers for them

In fact, as the chart from the Global Terrorism Index 2015 elucidates, Western Countries experience only 2.6% of deaths from terrorism, and yet they receive nigh all of the attention.

What’s more, is that Nigeria is the country which has experienced the largest increase in deaths since 2013, according to the Global Terrorism Index 2015. In fact, at least 5,662 people lost their lives since, and nobody is showcasing Nigerian flags. Not to too far behind, Iraq has been the recipient of 3,532 deaths to their population, and nobody is showcasing that flag either.

In the ultimate view of warped reality/logic, some will say: “But Islam is to blame! They don’t deserve our prayers.” As if what the few do, the many should be punished for. That goes without saying, that very same logic allows the other side of that equation to think that since the West is at the tip of the spear in War for many centuries, then ‘everyone’ in the West is at fault. The epitome of faulty logic; and you wonder why War is endemic to our society when people do not ponder about macro issues and only focus on what the media tells them too.

Okay. Let us assume that for the sake of argument Yemen, Nigeria, and Iraq don’t ‘deserve our prayers’ even though the deaths in Nigeria and Iraq dwarf France by many orders of magnitude. It is your right after all, and nobody should force you to pray for those they do not wish to pray for.

Let’s use a closer example, one that only encompasses the West.

Want to pray for someone? How about the 225,000 to 400,000 [conservative estimate] people who lose their lives to medical mistakes in the west?

The above numbers are quotes from two separate studies. The first study was recently conducted in 2013 by the Journal of Patient Safety who estimated medical deaths amount to between up to 440,000 as detailed by Dr. Mercola. The second study called conducted in July 26, 2000 named “Is US health really the best in the world?” ad was authored by Dr. Barbara Starfield – who had absolutely impeccable credentials and worked for John Hopkins School Of Public Health at the time – and published in the Journal Of The American Medical Association. That particular paper can be downloaded freely as a PDF here.

Extrapolating from the above data, the deaths mentioned above are many orders of magnitude over Yemen and Nigeria, and absolutely eviscerates the amount of lives lost in France. Why isn’t this all over the news? Because that is not ‘part of the plan’.

And why isn’t the above information in any late night narratives? Because that would unhinge the blind faith the people have on Big Medica – the American Medical cartel and its endless streams of profits that are interlinked to Big Pharma. It would also make people worried, and ultimately stir up a hornet’s nest of vicissitudes by the actions that would be subsequent to those revelations.

The populace would inquire: “Why haven’t we been told about this?” “What are you doing to change it?” “Has my loved one been a recipient of medical malpractice?” “If the medical system is to trust, why are those numbers increasing?”

Reality reduction is the name of the game, and reality will ultimately be – if the individual allows it – what the media expresses. Deaths in the West all get overwhelming amounts of shameless/endless mainstream press. Deaths in non-Western countries? Not important – nigh a scintilla of coverage.

Some would roll their eyes. But really, if deaths and terrorism acts are to be reported, shouldn’t we be hearing of all of the above deaths and not just the ones selectively used to mold mainstream consciousness of reality?

Knowing this, how does one think that most of the populace would react to such knowledge? Would they ‘Pray For Paris’? Pray for Nigeria? Yemen? Iraq? All the lives lost to Big Medica/Pharma? All were lives lost in unfortunate and atrocious circumstances.

Better yet, why don’t folks Pray for Everyone?

“Keep love in your heart. A life without it is like a sunless garden when the flowers are dead.”
– Oscar Wilde

“Spread love everywhere you go. Let no one ever come to you without leaving happier.”
– Mother Teresa