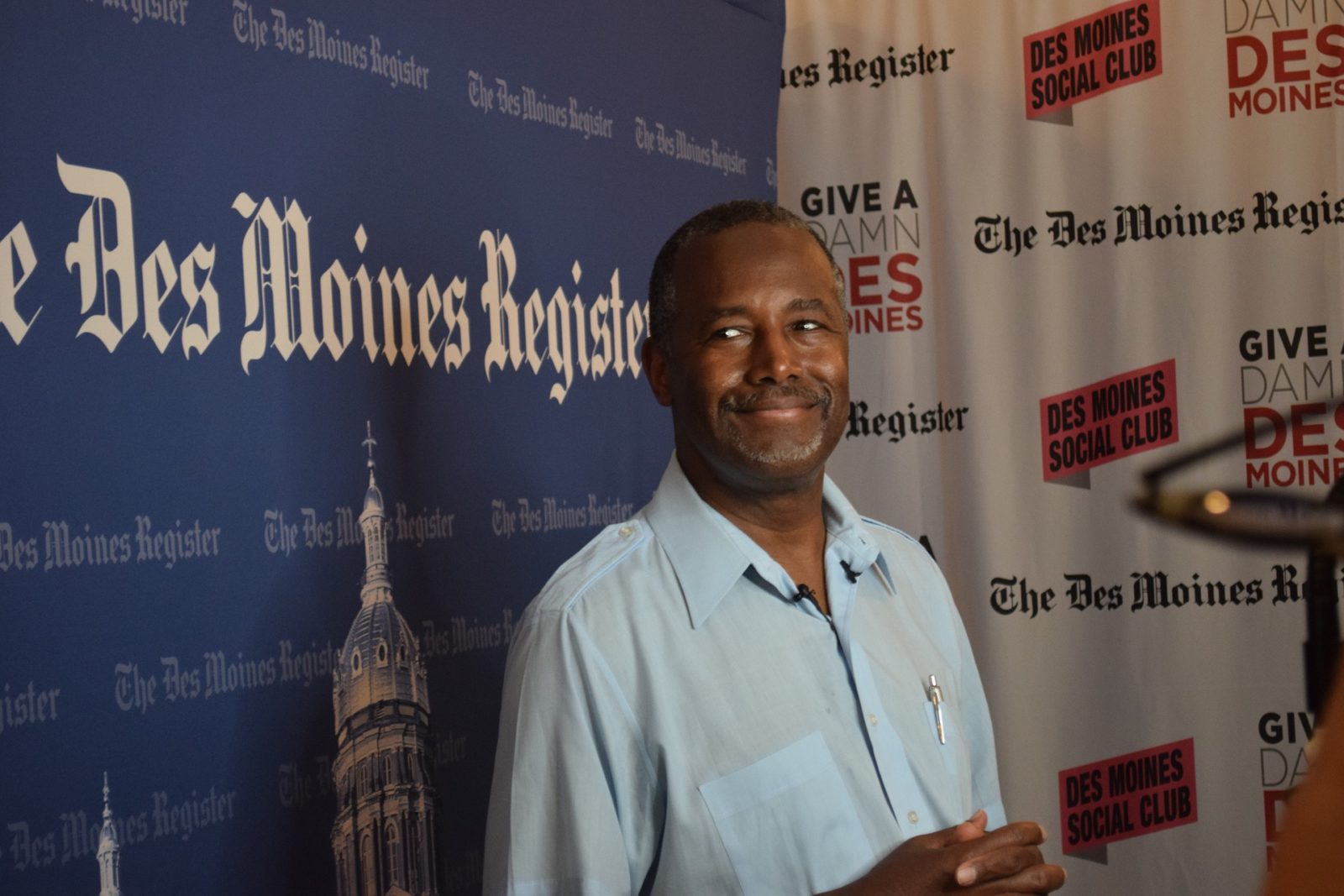 When then-President-elect Trump appointed former neurosurgeon and presidential candidate Dr. Ben Carson to be Secretary of the Department of Housing and Urban Development, I had to turn to my friend and colleague Catherine Austin Fitts, and exchange the “knowing wink.” Seriously, folks, we weren’t even in the same room when the announcement came. We were, in fact, hundreds of miles away, but nonetheless, I strongly suspect we both turned in that “metaphorical higher-dimensional imaged-space” that we all create when such things happen, and winked at each other. Indeed, later, during a phone call as we were discussing the various cabinet appointments that were rolling out, we both had to speculate on just how long it would take Dr. Carson to find major financial problems. I forget who said what, but one of use gave it about “six months.”

Well, it’s been about six months, and here we are, with the following story shared by Ms. S.H.:

And here’s the actual PDF put out by HUD:

Much of the latter is, of course, the usual government boiler-plate. So I direct your attention to page 3 of the PDF file, where we read this:

What We Audited and Why

In accordance with the Chief Financial Officers Act of 1990, as amended, we are required to annually audit the consolidated financial statements of the U.S. Department of Housing and

The total amounts of errors corrected in HUD’s notes and consolidated financial statements were $516.4 billion and $3.4 billion, respectively. There were several other unresolved audit matters, which restricted our ability to obtain sufficient, appropriate evidence to express an opinion.These unresolved audit matters relate to (1) the Office of General Counsel’s refusal to sign the management representation letter , (2) HUD’s improper use of cumulative and first-in, first-out budgetary accounting methods of disbursing community planning and development program funds, (3) the $4.2 billion in nonpooled loan assets from Ginnie Mae’s stand-alone financial statements that we could not audit due to inadequate support, (4) the improper accounting for certain HUD assets and liabilities, and (5) material differences between HUD’s subledger and general ledger accounts. This audit report contains 11 material weaknesses, 7 significant deficiencies, and 5 instances of noncompliance with applicable laws and regulations.

Now, let’s translate that from Governmentese to English:

Now, you’re probably wondering, given the title of the first article, whether or not this money is actually missing, or if these were simply “accounting errors.” (Let the magnitude of those two possibilities to sink in for a moment!) Johnny and Susie can’t read, write, add or subtract any more, so it probably should not come as a surprise that HUD can’t add or subtract either. But, tempted as I am to indulge my penchant for rants on Amairikuhn edgykayshun, I will resist, because in the very next sentence we read:

3) “There were several other unresolved audit matters, which restricted our ability to obtain sufficient, appropriate evidence to express and opinion” = “we did the best audit that we could, but in spite of the fact that we were able to identify half a trillion dollars of errors, we we’re able to get any further because there’s ‘something funny’ about the books.”

And let you think I’m reading too much into that statement, we are then told that

4) “We ran into ‘improper accounting’ of ‘certain HUD assets  and liabilities,'” = “we don’t even know what HUD owns or is liable for”…

…and yes, folks, I’d call that an “accounting problem. It’s beginning to look an awful lot like we’re not just looking at poor addition and subtraction skills from Johnny and Susie Hudd, but an actual missing half a trillion dollars.

“Why,” you might be asking yourself, “don’t they even know what they own or are liable for?”

And the answer is:

5) There were “material differences between HUD’s subledger and general ledger accounts,” which is a nice Clinton-Obama-Bush-esque way of saying “we don’t know what we own or are liable for because we’re keeping two sets of books!”

Ponder that statement for a moment: they acknowledge the existence of something called a “subledger”. Now, obviously, I’ve never served at any high level of the Federal Cesspool, nor would I want to. So perhaps “subledger” is a professional term of art for Federal Accounting.

But to my hack-from-South-Dakota ears, it sounds like “two sets of books”. And hey, if we can have subledgers, then why not sub-subledgers, and so on, and several sets of books, all the way from the local to the state to the regional to the federal level. Would that confusion allow the looting of the agency? You bet. And why would one loot any federal agency?

And that’s a fancy way of saying that, while there is a problem in HUD, the problem doesn’t originate there.

“A global financial cabal engineered a fraudulent housing and debt bubble, illegally shifted vast amounts of capital out of the US; and used ‘privatization’ as a form of piracy – a pretext to move government assets to private investors at below-market prices and then shift private liabilities back to government at no cost to the private liability holder Clearly, there was a global financial coup d’etat underway.” ~Catherine Austin Fitts

We have had several requests to provide links for summaries of what I refer to as the “missing money.”

This was a commentary I wrote during the bailouts to help put what was happening in a global context. We also published several compilations of the bailouts, including Bailout Mo’ Money

2013 Annual Wrap Up: Chronology of the Black Budget and Financial Coup d’État

I put together a timeline in the 2013 Annual Wrap Up published in January 2014 to show an overall timeline and numbers to help our subscribers understand the numbers I used in various estimates.

I started writing about the missing money in 2000 when my attorney discovered reports of enormous amounts of undocumentable adjustments at the Department of Housing and Urban Development. This was a webpage the Solari team used through 2004 to collect stories about money going missing from DOD, HUD and NASA.

This was a website and petition we did in 2003-4 to try to raise awareness.

These refer to the DOD IG report on the FY2015 DOD Financials which is summarized here.

In response to your requests, I will dig in and take a closer look at the 2o15 DOD report and post comments here.