For new readers, see my previous articles about the scientific fraud that is Zika. In a nutshell, there is no convincing evidence the Zika virus causes the birth defect called microcephaly.

There are only news headlines. The latest of these refer to two new studies “clinching” the Zika-microcephaly connection. However, the studies are nothing more than propaganda.

One study claims that, in several groups of mothers and babies born with the defect, the Zika virus was found. But at best, it was found in a small minority of cases studied. This weak correlation proves nothing. In fact, it is evidence against Zika as the cause. Why? Because scientific standards dictate that the virus should be found in all, or an overwhelming percentage of, cases.

The other study was done on mice. Needless to say, mice are not humans. In fact, mice are far from ideal animals to study, when inferences to human are going to be made.

The CDC and the World Health Organization are determined to weld Zika to microcephaly. Scientifically, they’ve utterly failed, but that doesn’t stop them. They can get headlines, and that’s all they care about.

Brazil, as everyone knows, has been made the target of the hysteria surrounding Zika. And the Rio Olympics are coming up shortly. Obviously, many tourists are going to stay home because they fear Zika. This could cut deeply into expected profits the Games generate. “Brazil is a terrible place to visit; Zika is rampant; run from the virus.”

More importantly, the global political scene is experiencing a ripple of disruption owing to what are called the BRICS nations—Brazil, Russia, India, China, and South Africa. This alliance is establishing its own monetary fund, independent of the IMF, and conversation have been held about defecting from the US dollar as the currency of choice in all sales of oil.

From the US government’s point of view, this toppling of the dollar must never happen. It was one reason Libya was destroyed. Ghaddafi was in the process of promoting a gold-backed currency (not the dollar) to be used in oil transactions.

Therefore, Brazil, as a BRICS nation, comes under the political gun. The entirely fraudulent Zika crisis is one vector in that attack. 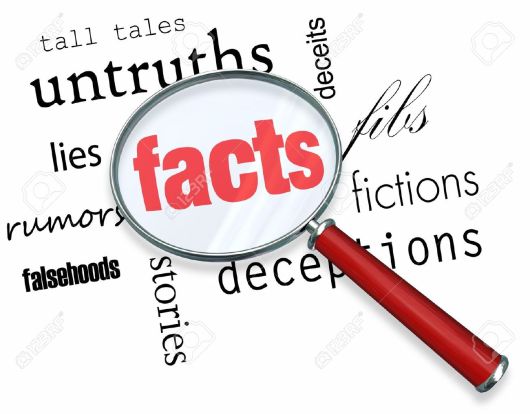 (To read about Jon’s mega-collection, The Matrix Revealed, click here.)

Hillary is the standard image of a politician. Yes, there is a standard. Talk in empty generalities with fake passion and fake caring. Claim that “experience” is vital. “I have close relationships with world leaders.” Be on top with social issues. “I’m for women, I’m for African Americans.”

It’s really the fakery that assures voters. “Well, she’s completely full of it, but that’s what I expect from a President. That’s what a President looks like and sounds like. We’ve made it to 2016 with a full parade of fakers in the Oval Office, so why should we stop now?”

This is called the power of hypnotism.

Trump, of course, breaks the mold. He’s crazy, he wants to build a wall. He wants to cancel trade treaties. He smack-talks the media and other politicians. He’s a dismissive blowhard. He’s real estate operator. Forget it. All this is anti-hypnotic and therefore disturbing. “How dare you stir me from my slumber. I’m angry at you, and I would never vote for a man who makes me angry. I want to be smoothed.”

But let’s do a comparison. Worst case (for those who hate Trump), he’s elected. He’s in the Oval. He actually builds a wall and keeps out immigrants (thereby limiting racist America to 60 million immigrants living here, the bastard). He ups the Pentagon budget. He does a few bombing runs in foreign lands. He tries to bring corporate factories and jobs back to America. He tries to negate Globalist trade treaties. He exacerbates racial and religious tensions at home (no recent President has done that, right?).

What about Hillary? The standard President. The one with experience and common sense and perspective.

Jeffrey Sachs, writing at the Huffington Post, about Hillary, offers this (“Hillary Is the Candidate of the War Machine,” 2/5/2016):

“It is hard to know the roots of this record of disaster. Is it chronically bad judgment? Is it her preternatural faith in the lying machine of the CIA? Is it a repeated attempt to show that as a Democrat she would be more hawkish than the Republicans? Is it to satisfy her hardline campaign financiers? Who knows? Maybe it’s all of the above. But whatever the reasons, hers is a record of disaster. Perhaps more than any other person, Hillary can lay claim to having stoked the violence that stretches from West Africa to Central Asia and that threatens US security.”

She advised her husband, the President, to bomb Serbia in 1999.

She urged military escalation in the failed war in Afghanistan.

She pushed and pushed Obama to bomb Libya, which is now a desperate non-nation torn to shreds. “We came, we saw, he (Ghaddafi) died.” Cackle, cackle.

She pushed for regime change (covert war) in Syria.

She stumped for NATO incursions in the Ukraine and Georgia.

But…no problem. It was always somewhere else. It wasn’t here. That’s standard for a President. Kill people in invisible places. Play it down. Invent fairy tales to explain it. “Spreading Democracy.” Yes, that works. Happens all the time.