The noises coming  out of Germany have been strange and contradictory for some time… really, if one goes all the way back to the aftermath of World War Two, but, more recently under Frau Merkel’s government. Now it is in favor of a more active and interventionist foreign policy, now it isn’t; now it does have enough troops and equipment to support France, then it did not.  Yesterday it would not cooperate in any venture In Syria without an agreement that Assad must go; now it seems ready to reopen its embassy in Damascus, and more:

As Zero Hedge notes, the matter of Mr. Assad’s government “having  to go” so that it can be replaced by a group of Washington-Riyadh sponsored barbarians and thugs appears to have been put on hold, and Germany is ready to reopen embassies (that was fast!) and to send BND cells to the country to provide intelligence (that was fast!)

Many of you sent these two articles to me, though did so without suggesting they might be connected, which I am going to argue in today’s blog, and I hope people will remember yesterday’s blog about the recent factory explosions in China and Russia in the context of today’s high octane speculations, for I believe these two articles, which were posted by Sputnik within a day of each other, and approximately a week before said factory explosions about which I blogged yesterday, does put everything into a very intriguing context. Here’s the two articles:

For sometime we’ve been tracking the emergence of the BRICSA bloc on this website, and arguing that any moves to introduce the Chinese reminbi as an alternative currency system, will require consensus within that bloc, and more importantly, an alternative or parallel system of international financial clearing, which in turn will require a system of space-based assets to do so, and this in turn will require the ability to defend them. As we’ve noted in articles on this website, the moves to such a system have been proceeding at an accelerated pace over the past year, with the announcement of China’s Asia Infrastructure Investment Bank(AIIB), and prior to this, a number of bi-lateral currency exchange deals between various BRICSA bloc nations by-passing the dollar.

I’ve also pointed out, in agreement with financial experts such as Catherine Austin Fitts, that reserve currency status accrues, historically, to the nation with the strongest navy, which in modern terms translates not only to the actual sea lanes, but to space-based assets and the ability to defend them. 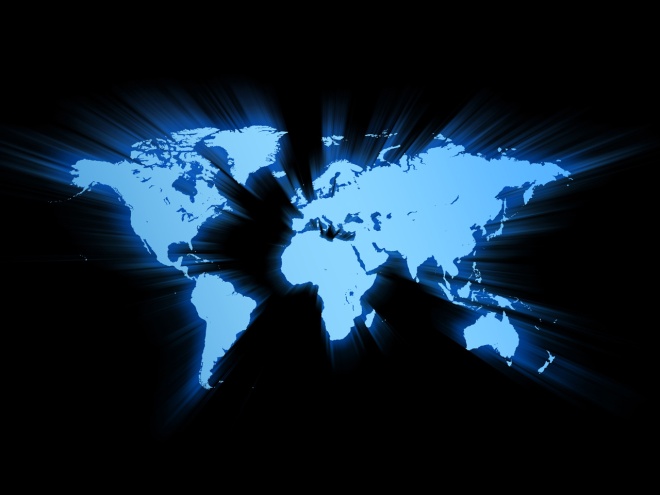 A few days ago you’ll recall I posted a “tidbit” article about Japan’s apparent lack of a “Muslim terrorist problem,” and the reasons for that lack, namely, a policy that makes it all but impossible for Muslim’s to gain entry to that country, and a policy on the part of the Japanese government that essentially deems Islam as fundamentally incompatible with Japanese culture, institutions, and democracy. This in itself would seem to point out the politically hypocrisy that reigns int some places in the West, and particularly its political left, for I don’t recall hearing anyone in the United Kindgom recently suggesting that no Japanese should ever be allowed to visit that country. At the time I posted that tidbit blog, I didn’t comment about it, but there was method to my madness, for I also suggested in yesterday’s blog about China’s call for a new global security policy, that Japan’s rearmament under Mr. Abe’s government might have as much to do about terrorism, as anything else, and the need to be able to intervene should any threat emerge to Japan’s energy supplies.

I have also suggested, in past articles and blogs, that Mr. Abe’s rearmament policy, while it might be publicly sold and spun as compliance to Washington’s wishes, and to contribute to its “Pacific pivot,” was also covertly about Japan’s probable, though never voiced, hesitancy over its relationship to Washington, its current reliance on American power for its own national defense, and America’s growing “craziness” on the international stage. In short, it’s a case of “with friends like this, who needs enemies,” and “can we really trust them for our defense?” I suspect Mr. Abe’s government and the quiet circles of Japanese power have answered that last question with a no, in which case, Japan needs to be able to defend itself against all potential threats. And let’s face it, a larger Japanese military will give it greater leverage and maneuverability on the geopolitical stage, transforming the Pacific from a one or at best two-power show between China and America, into a three-power show.

But I also suggested in yesterday’s blog that Mr. Abe’s rearmament might also have to do with something else, and that is, Japan’s ability to interdict any potential terrorist threat, and to respond accordingly.