More and more experts are starting to agree that cholesterol isn’t necessarily a leading cause when it comes to heart disease. But how did it get that way in the first place? And now statin drugs are one of the most prescribed drugs on the planet as so many try to drive their cholesterol numbers lower. Dr. Stephen Sinatra explains the origins and what he used to believe in terms of cholesterol as well. Find out how doctors got it wrong about cholesterol. 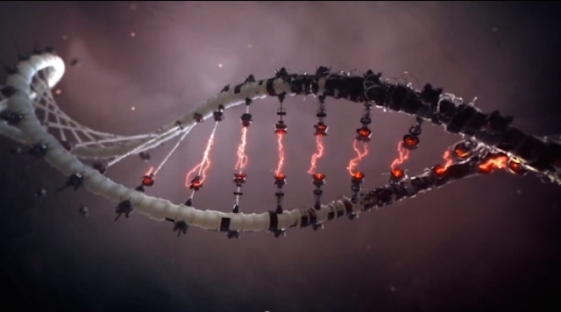 A few days ago I blogged about a new breakthrough in cryogenic freezing techniques, and, if you’re a regular reader here, I’ve also blogged about stories over the years about the Pentagon and DARPA (that would be the Diabolically Apocalytic Research Projects Agency, which again, we thank Mr. J.B. for decoding the meaning of the agency for us) wanting to “transhumanize” the US military with robots, cyborg technologies such as computer-brain impants, exoskeletons, and even studying dolphins so that they could apply their sleeping techniques to humans, allowing the creation of an effectively “sleepless soldier”. Well, now, good news ladies and gentlemen of the military, now they are offering to freeze your sperm and eggs, according to this story from RT, shared by Mr. C.G.:

Now, for the moment of course this is an offer to soldiers, and of course, it’s all being cloaking in language to make it seem that the government is looking out for you:

The US military is developing a pilot program that would allow its members to put off parenthood by freezing their sperm or eggs. The Pentagon hopes the odd form of family insurance will help attract – and keep – more soldiers, both male and female.

Troops may be more willing to put themselves in harm’s way if there is a “backup” for their ability to father or bear children in case of a catastrophic injury – such as those inflicted by mines and improvised explosives on hundreds of US soldiers in Iraq and Afghanistan – the generals appear to believe.

“We can help our men and women preserve their ability to start a family, even if they suffer certain combat injuries,” Defense Secretary Ash Carter said last week, announcing the plan alongside the military’s other new family-friendly policies. “That’s why we will cover the cost of freezing sperm or eggs through a pilot program for active-duty service members.”

Now, color me intensely skeptical if you wish, but I cannot help but think that there’s another agenda here, and looking out for people in the military isn’t it. What such a program will require, perforce, is the creation of huge storage facilities, and additionally, yet another government DNA database.

[Editor’s Note]
As someone who’s struggled with countless chronic health issues for the most part of the last decade, am always looking at foods that are high in nutritional content, and can help people get the nutrients they need, and ultimately, live a healthier life.  Found this piece rather fascinating, and thought the article should be mirrored since many people might not know how beneficial Duck Eggs might be.

Imagine a perfect egg cooked medium-hard: a soft and creamy yolk just bordering on runny, delicious with a grind of black pepper and a sprinkle of salt. Crack it over a big plate of roasted vegetables with some crispy bacon and dig in at any time of day!

Now imagine a different egg, with a yolk even richer and even bigger relative to the white – if the chicken egg is a very serviceable Honda, this is the Cadillac of eggs. It’s so luxuriously good you can barely believe it’s healthy – but in fact, it’s even more nutritious than its smaller, paler cousin.

And best of all, this delicious gift of nature is actually quite widely available and getting increasingly popular: it’s a duck egg.

Chicken eggs are one of the most nutritious Paleo foods around. But take a look at how duck eggs stack up:

(The percentage listed is the % Daily Value, which isn’t perfect, but works well enough to give you an idea of what kind of numbers you’re talking about).

*There is currently no %DV for choline or Omega-3 fats.

Duck eggs win hands-down, probably because proportionally they have much more yolk (where all the nutritional goodness is) and much less white (which is just empty protein). More micronutrients, more protein, and more Omega-3s.

Let food be thy medicine.  Just don’t let it be thy drug.

Can’t resist a slice – or two or three – of pizza?  You may well be addicted.

Researchers from the Department of Psychology at the University of Michigan and the New York Obesity Research Center at the Mount Sinai – St. Luke’s Hospital in New York wanted to know what foods felt addictive to real people.[i]

They posited that highly processed foods may trigger an addictive response in some people that leads to unintended overeating.  And they observed that these foods share common traits with highly addictive drugs.

Like other drug problems, they say, “food addiction” is characterized by:

And neuro-imaging studies show similar brain patterns in “food addicts” and drug addicts.  In particular both show increased activation of the reward regions of the brain in response to food cues – just like other addictions.

Although you may have your own suspicions, human studies haven’t confirmed which foods are most likely to trigger an addiction.  Animal studies suggest that highly processed foods like Oreo Double Stuf cookies, cheesecake, and icing set off binges.

To get a better handle on what foods are most likely to get the better of people, the researchers asked about 500 people to complete a Yale Food Addiction Scale (YFAS) survey to determine which of 35 foods were most associated with problem eating behaviors.  Problem behaviors included trouble cutting down on the food, or losing control over how much of the food was eaten, or feeling that you aren’t eating enough of the food.

The foods in the survey fit into four categories:

In general, the researchers found that processed foods high in fat and having a high glycemic load, were most frequently associated with addictive eating behaviors. The glycemic load measures how quickly a standard serving of a particular food will spike your blood sugar.

There was an interesting exception. The researchers found that men had more of a problem with some unprocessed foods (e.g., steak, nuts, cheese) than women did.

Although some of the foods on the list are unprocessed, the researchers observed that processing tends to result in a higher concentration of addictive substances in a food with the addition of fat, carbs, and sugar. In other words, the dose of fat and sugar you get in cake or pizza is much higher than you would find in nature. And, they note, the combination of fat and sugar in a single food rarely occurs in nature.