via: LibertyBlitzkrieg.com
by: Michael Krieger

Today’s story from the Associated Press perfectly illustrates how millions of Americans were reduced to neo-feudal serfs by the financial crisis, and how those who ruined the economy profited handsomely from the process.

While popular perception holds that debt-ridden, broke millennials are the ones driving the rental market, the truth is far more nuanced. As the AP reports:

WASHINGTON (AP) — The majority of U.S. renters are now older than 40, a fundamental shift over the past decade that reflects the lasting damage of the housing crash and an aging population.

This finding in a report released Wednesday by Harvard University’s Joint Center for Housing Studies overturns the assumption that the rental boom is only the result of twenty-somethings flocking to hip urban centers. Single-family houses are a growing share of rentals. And affordability problems are mounting as rents rise faster than wages, while apartment construction increasingly targets tenants with six-figure incomes.

Nearly 51 percent of renters have celebrated their 40th birthday, according to the report’s analysis of Census Bureau data. That amounts to 22.4 million households.

Emigrate While You Still Can! Finca Bayano In Panama…

The increase in older renters corresponds with a surge in foreclosures after the housing bubble popped. Since the 2008 financial triggered by the housing bust, there have been roughly 6 million completed foreclosures, according to CoreLogic, a property data firm.

Many of these are former owners transitioned to renting.

Rents increased 7 percent between 2001 and 2014 after adjusting for inflation, while incomes fell 9 percent, the report said.

The result is that a larger number of Americans must devote more than 30 percent of their income to rent, a level that the government considers to be financially burdensome. Over the past decade, that number has jumped from 14.8 million to 21.3 million, or 49 percent of all renters.

The worst part about all this, is that a small segment of the population made a fortune off the crash and subsequent rental rebound. These people were some of the same Wall Street players who the U.S. taxpayer was forced to bail out with the ruse of “saving Main Street.” 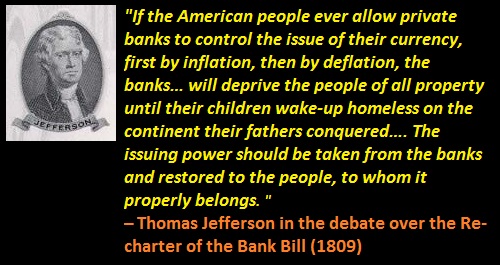 What is the biggest financial problem the world faces? Investment manager Catherine Austin Fitts, who is an expert in the federal budget and a former Assistant Housing Secretary, says,

There are going to be extraordinary choices, and this is why nobody wanted to be the Speaker of the House. Paul Ryan did not want to be the Speaker because Paul Ryan knows this is coming. They will probably be able to delay it until after the election (2016), but then after the election, we’re going to have to sit down and say we can’t keep doing this.