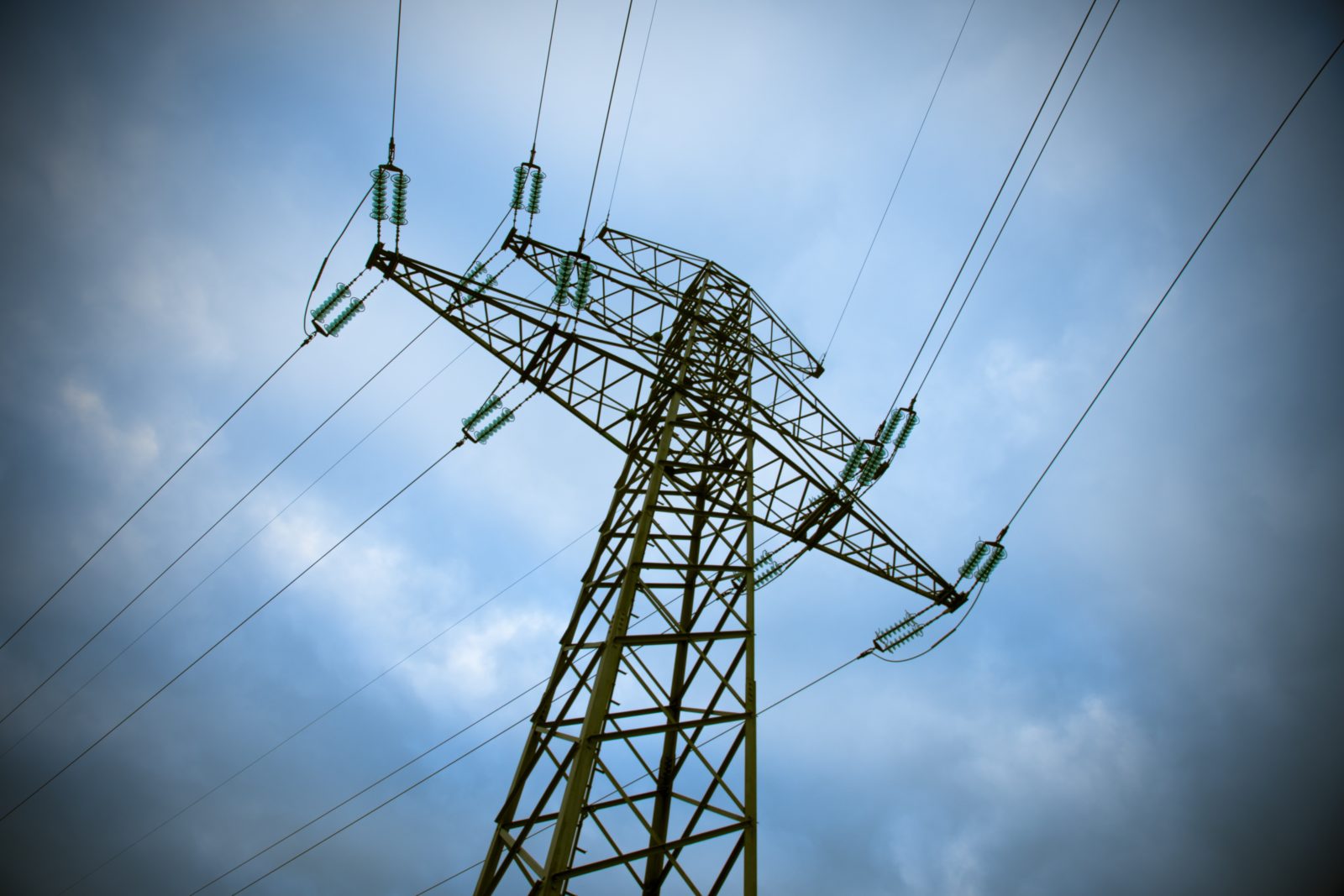 If you’re like me, you probably thought that power outage in New York City, the San Francisco bay area, and Los Angeles, was a little suspicious. As one might imagine, after I blogged about that event, I received a number of emails from people also following the story, some in California, and some in… well, Canada. We’ll get back to that in a moment.

Suffice it to say, that after reading more details about that story, my suspicion meter has slipped from the orange zone into the dark red zone. It’s not quite into the “point of no return zone” but it has definitely crept closer to it. Here’s one reason why, in a story shared by Ms. K.S.:

When I read this, the suspicion meter couldn’t help but rise into the lower red zone, for a reason I’m sure you caught, but just in case you didn’t, consider this little admission:

Southern California Edison initially reported it was caused by metallic balloons coming in contact with wires. The utility later corrected that statement, saying there was a different outage in Long Beach that was caused by balloons. The agency is still investigating the cause of the outage at the port. (emphasis added)

Metallic balloons coming into contact with power lines? “Oh, but wait, that was a different power outage. We’re not really sure why the port of Long Beach went down.”

What kind of “metallic balloons” are we talking about here? Those happy birthday shiny things that are filled with helium that one can buy in a store? If so, then we’re in trouble, folks, if all it takes to tie up a major port and bring down a power grid is someone having a birthday party. And I probably don’t even have to air my high octane speculation here, because you’re probably thinking the same thing already, but I’ll go ahead and do so anyway: suppose someone deliberately wanted to test the vulnerability of the power grid with a simple system: “metallic balloons” with appropriate “stringers” to short several lines all at once. It’s cheap, it’s easy, and would be virtually impossible to prevent, unless the Reichsicherheithauptamt … er… the Department of Homeland Insecurity’s Paranoia Bureau wants to put birthday balloons on the favored weapons of terrorists watch list.

But then Mr. K.H. sent this strange article about about Ontario’s largest supermarket chain experiencing difficulty in debit and credit card clearing, occurring concurrently with the “power outages” which were caused by “metallic balloons”:

Mr. K.H. also indicated that there were difficulties in yest another popular system of clearing and payments operating between Canada and the USA that took much longer to resolve. He raised an important point: there may have been a whole period of time — perhaps a day — of suspicious transactions that had to be “reset”.

In any case, you know me: I cannot resist the temptation to be suspicious of easy – and quite frankly, amusing – explanations like metallic balloons, or explanations in the case of the Ontario credit and debit card clearing difficulty, that amount to no explanation at all.

The question is, are these things all related? Well, my high octane intuition and speculation tells me they may be. I’ve blogged before on this site about the strange way the internet seems to be being reconnoitered by “someone” intent on probing its architecture and weaknesses. We’ve seen the attacks on internet cables in the Bay Area, the Sony hack, Federal Reserve hacks, and so on. Now, it’s metallic balloons and hundreds of trucks stranded in Long Beach. Call me crazy, but I suspect therefore that what we’re looking at is more of the same pattern. The important question, however, seems to be why, what’s the motivation?

See you on the flip side..

Mr. J.K. shared this story with us, and I have to talk about it. In previous blogs I’ve talked about the growth of “dark pools” and HFT (high frequency trading) algorithms, where computers place trades on the stock markets and commodities markets, and a few pico seconds can mean whether a trade is placed or not, or whether a trade will be successful and profitable or not. Now, the latest twist, according to this article, is that atomic clocks are now to be brought into the picture:

Yes, that’s right, the rates of radioactive decay will be used to coordinate simultaneous trades in multiple markets:

The 16-page document was quietly published by the U.S. Patent and Trademark Office in February. Replete with schematic drawings, the filing describes a novel way for “executing synchronized trades in multiple exchanges.” The invention consists of not only sophisticated algorithms and a host of computer servers, but atomic clocks — precisely calibrated to vibrations of irradiated cesium atoms — to sync orders to within a few billionths of a second.

And if it works as advertised, one of the most illustrious names in the hedge-fund business could gain exclusive U.S. rights to a weapon capable of thwarting even the most predatory of high-speed traders.

The application belongs to Renaissance Technologies, the ultra-secretive and highly profitable $32 billion firm founded by mathematician and former code breaker Jim Simons. And the lengths it’s been willing to go to build and patent its own computer-driven technology — at a potential cost of tens of millions of dollars — underscores just how big a threat high-frequency traders have become to the industry’s largest and savviest players.

As you might expect, I simply cannot resist some high octane speculation – or in this case, really way-out-there-in-orbit speculations – about this story. In the past, I’ve pointed out that HFT really is a kind of trading that is no longer reflective of genuinely human markets. After all, the 2010 Flash Crash showed us what can happen when a computer “goes rogue” and places trades that can literally drive down or pump up a stock or even whole blocs of stocks with no real reflection of their market value (AI anyone?). And for those wanting “the nightmare” scenario, think of that episode from the CBS television series Person of Interest, where a malevolent AI literally crashes the New York Stock Exchange, then miraculously shuts down its trades just before the NYSE’s “failsafe” systems kick in to suspend trading. And if you really want to speculate wildly, remember all those stories of UFOs shutting down, or worse, turning on, ICBMs in their silos and beginning the launch countdown. ETs, or AIs, take your pick, the bottom line is that HFTs provoke the philosophical debate not only of how secure digital systems are, and how well, or poorly, they reflect genuine market value and trades.

Joseph P. Farrell
Joseph P. Farrell has a doctorate in patristics from the University of Oxford, and pursues research in physics, alternative history and science, and “strange stuff”. His book The Giza DeathStar, for which the Giza Community is named, was published in the spring of 2002, and was his first venture into “alternative history and science”.

Throughout the podcast they discuss the various aspects of Clinton Corruption and much of what that entails.  Issues regarding the Deep State are also touched upon at length.  Mortgage Fraud, the Economy, and High Finance are also given a gander.

A major pertinent issue that is discussed at length is the Reengineering of the American & Global Economy.  Fitts’ speaks at length at many of the issue this pertains, as well as other components of the economy such as the War on Cash, Cryptocurrencies, Bitcoin, Digital Currencies, Blockchain Technologies, Cyber Security/Warfare, Open Vs. Closed Economy, and much much more.

Fitts’ also discusses at length the push by the tyrannical government to continue stripping the populace of their rights, particularly their rights to self defense via the second amendment, and also pushing a cashless society.  The constitution and all that it stands for is the final hope for this nation, and without it our descent as a nation/world into turmoil will only exacerbate at warp speed.

Facing this growing totalitarianism, individuals will need to stand up for the rights because the freight train of tyranny is only picking up speed with the new tyrannical legislation passed in California, and things are about to get worse.

Other issues discussed include the mainstream media vs alternative media, the military, the middle class and blue collar works having to face the rise in robotics that will strip away jobs, Autism/Vaccinations, Healthcare/Obamacare and many other salient scandals.

Its really a sobering interview that should be heard by everyone.  Fitts’ covers saliently most of the issues we’re facing and going to be facing in the next 10-20 years if things continue the way they are.

The Global Control Grid
Join Dark Journalist for the exciting Part Two Interview of his deep discussion with Former Assistant Housing Secretary and Financial Expert Catherine Austin Fitts. In this fascinating episode Dark Journalist and Former Assistant Housing Secretary Catherine Austin Fitts explore the Transhumanist agenda that covert forces are pursuing to install a global control grid. Is the elite endgame a dismantling of the constitution and a major play for complete dominance by the use of suborbital platforms using invasive satellite surveillance technology?

Transhumanist Depopulation Agenda
Fitts arrives at the conclusion that the transhumanist depopulation agenda extends to mandated vaccines that are linked to autism and the creation of shadow financial system that is engaged in a ‘War on Cash’ and is focused on drawing the public into a control system under the nebulous title ‘The Internet of Things’.

The gradual development of this centralization is reaching a crescendo as the 2016 Presidential contest enters a crucial phase and Neocon Democrat Hillary Clinton attempts to consolidate the Deep State around her candidacy against upstart casino billionaire and TV star Donald Trump.