A salient analysis of how False Flag events take place, and much of the data that most of the public doesn’t know.

In February 2014 paramilitary snipers (later identified as Gladio operatives) opened fire on protestors and police forces in Ukraine, escalating the crisis and putting the final nail in the coffin of Yanukovych’s rule. In March 2011 the “spontaneous democratic protest” in Daraa led to carnage as trained snipers killed seven policemen, escalating the crisis and launching the five-year long devastation of Syria. In July 2016 unidentified snipers opened fire at an otherwise peaceful protest in Dallas, potentially sparking America’s next civil war. Do you see a pattern? 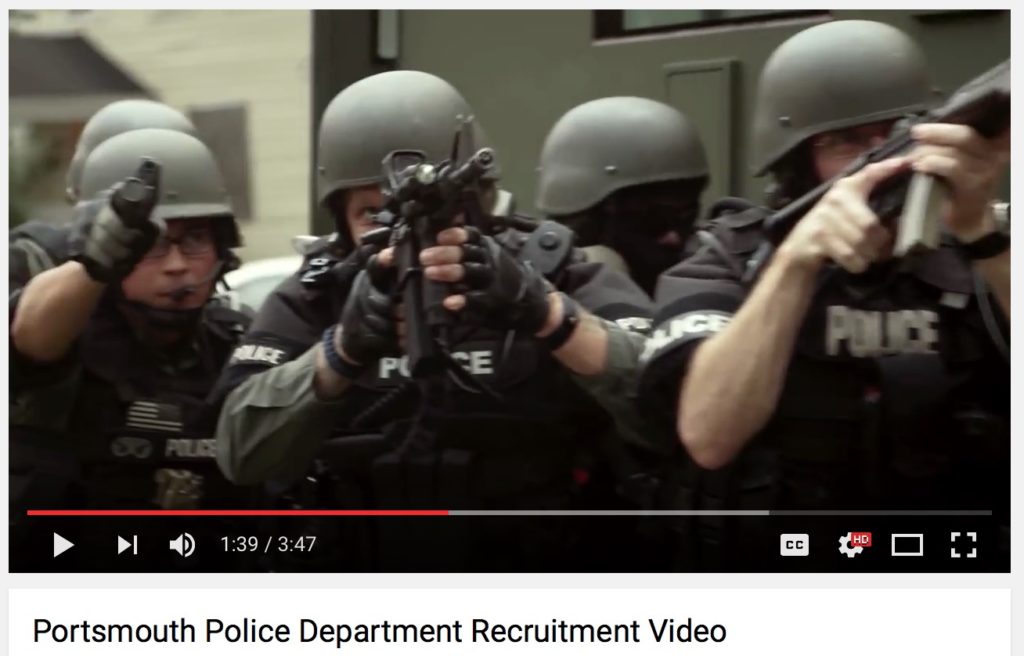 Earlier today, I mentioned that I couldn’t muster the energy to write more words about the police murder of Philando Castile. Things have changed.

As is often the case, it was a series of tweets I composed that provided the inspiration for this piece. One tweet in particular really set things off:

I wasn’t expecting the enormous reaction this tweet generated, but I was happy to see that it really connected with so many people who had never heard of me and never read my stuff before. I continued with my tweet storm until most of my angst was out, and then realized I needed to put these thoughts into a post. So let’s start with the title of this post.

One of the tiresome things I often hear immediately after one of these inhumane police executions is that “cops have a dangerous job.” So what’s your point?

I grew up with the understanding that the role of a police officer was to “Protect and Serve,” a motto which has been used by the Los Angeles police department since 1955, and has since been adopted by police across the country. So let’s think about what that means: Protect and Serve. The first word implies courage and the second implies sacrifice. As such, we should expect police officers to first and foremost see themselves as selfless guardians of public safety. Ask yourself, do you see cops this way? I don’t.

Personally, I am and always have been very privileged, yet I can’t say my overall experience with police has been a particularly positive one. In the affluent communities in which I’ve spent my entire life, police have never acted violently or illegally toward me, but they haven’t been especially kind or generous either. My interactions with police have pretty much consisted of them taking my money for minor infractions. Moreover, in most cases they seem to take a considerable degree of pleasure in doing so. Again, this is the experience of someone who is extremely privileged.

As such, I can only imagine what the day-to-day experiences of the marginalized and poor might be like. Unfortunately, these days I no longer have to imagine since we have almost daily video evidence of what it’s like, and it’s too often simply barbaric.

I don’t know exactly when it happened, but police no longer seem to view the general public as citizens under their protection. In poor communities, they seem to literally view the public as their enemy and the streets as some sort of combat zone. In affluent communities, the public is often seen as a captive audience to be abused financially. This didn’t come out of nowhere, and it’s very much a top down problem.

One of the key factors in all this relates to how the U.S. government is systematically and intentionally arming police departments around the country with weapons of war. I’ve covered this trend repeatedly in the past, and to bring home the point, see the following excerpt from the 2014 post, The Militarization of Police Continues…Machine Guns, Grenade Launchers, Silencers and More:

During the Obama administration, according to Pentagon data, police departments have received tens of thousands of machine guns; nearly 200,000 ammunition magazines; thousands of pieces of camouflage and night-vision equipment; and hundreds of silencers, armored cars and aircraft.

The equipment has been added to the armories of police departments that already look and act like military units. Police SWAT teams are now deployed tens of thousands of times each year, increasingly for routine jobs. Masked, heavily armed police officers in Louisiana raided a nightclub in 2006 as part of a liquor inspection. In Florida in 2010, officers in SWAT gear and with guns drawn carried out raids on barbershops that mostly led only to charges of “barbering without a license.”

This deliberate militarization of police trains cops to view the public as milk cows to be fleeced at best, and the enemies in a war zone at worst. To prove the point, watch the following recruitment video for the Portsmouth, Virginia police department highlighted in the post, Iraq War Veteran Blows the Whistle on Shameless Propaganda Being Taught at Police Academies: