AT&T Mulls Reinvention for Web With $86 Billion Time Warner Deal  … DirecTV parent wants to own leading Hollywood film, TV studio … Merger accord could be reached Sunday, announced by Monday … Time Warner Inc. and AT&T Inc. have survived the evolution of color TV and cable over the decades. Now they’re merging to adapt to the latest technological shifts: smartphones and streaming. -Bloomberg

Another Bloomberg article that makes it sound like such a vast merger is business-as-usual. But it’s not. It’s just a furtherance of the technocratic, corporate-judicial monopoly that passes for a “free-market” in the West.

Thomas Jefferson and other US founders were so worried about bankers and corporations that they made sure money production was left in the hands of individuals. Need money? You could dig gold and silver out of the ground. The federal government would weigh and stamp the metal. It was a confirmation process not a creative one.

When it came to corporations, history showed clearly their destructive nature. The legacy of the horrific East India Company was, for one thing, a US Constitution that made it very difficult for large corporations to emerge. In the US, the power to regulate corporations was given to states, and for good reason.

Before the Civil War (and the inevitable destruction of the republic) corporations hardly existed. And for good reason.

The East India Company was in existence for over 250 years –  from 1600-1858.  It was the biggest corporation in world history.

Largely forgotten in the UK, it was responsible for the opium wars with China, it contributed to devastating famines in India,  and was a perpetrator of cruel employment practices in Bangladesh and other British colonies.

The East India Company was chartered by the Queen and even ran its own army at one point. Sooner or later, no doubt, US companies will get to this point. We can actually see this starting to happen with the emergence of mercenaries organized and directed via non-governmental enterprises.

The US government is titanic, intrusive and increasingly authoritarian. But corporations are starting to rival the government in size and heft. This is how genuine fascism occurs. When society’s organizing elements, private and public, become so large they dominate everything else.

The larger social facilities are, the less room there is for anyone else. The situation is complicated in the West by banking control, mostly out of the City of London. Secretive elements of intelligence agencies run things on the ground throughout the West.

And yet … as we often point out, corporations in the modern age are not inevitable, nor is the technocratic fascism accompanying them. Get rid of corporate person-hood, intellectual property rights, monopoly central banking (and intrusive regulations) and corporations will shrink back down to normal proportions.

Could it happen? It will  sooner or later, when everything finally begins to fall apart. The market will re-emerge. In fact, it’s the way the US was organized originally and responsible in large part for the miracle of industrial creativity and wealth that marked pre-Civil War America for many (though not Indians, African Americans, etc.).

Markets work. Anything else leads to the destruction of society either in the short- or long-term. History repeats, and shows us the lessons we should learn.

Conclusion: Unfortunately, there are other forces at work. This latest merger is not happening by accident. It is surely an attempt to further control the Internet and related technologies. It is portrayed as a market – “capitalist” – phenomenon  but it is nothing of the sort.

“The deepest sin against the human mind is to believe things without evidence. Science is simply common sense at its best – that is, rigidly accurate in observation, and merciless to fallacy in logic.”
– Thomas Huxley

In previous a Breakaway Guide to Mainstream Media Manipulation & Propaganda, we showed how trustworthy downright deceptive the mainstream media can be.

Its rather unfortunate, because the majority of the populace shows blind faith in the media, but thankfully not everyone. A large portion of people have begun to unplug, as media conglomerates such as CNBC keep losing viewers , even though there is a growing number of people capable of watching TV. Quite ironic.

Moving on to another more subtle component of media, but nonetheless important, we will take a cursory look at Wikipedia.

There have been a few instances that took place in the past which made me treat information provided by Wikipedia in an askance way.  Coupled with this is the fact that there is a wide breadth of people that can access the website anonymously and how ‘precise’ those “edits” can be.

These handful of events that took place made me extremely convinced that at worst, Wikipedia is just another mouthpiece for the establishment.

This is just personal opinion based on nefarious dealings witnessed by myself and two other people as it was happening.

However, to be more precise, what am going to show you is that Wikipedia’s reliability isn’t as ironclad as people give it credit for.

The latitude and scope of power that Wikipedia has been able to showcase in its growth is as resounding at it is precise. Such power has the capability to singlehandedly make or break any particular individual/corporation/idea in more ways that people could fathom.

Recently published by the Independent, a veritable cavalcade of folks/corporations were eviscerated by actions undertaken within the catacombs of Wikipedia.

Serious scamming of a colossal magnitude was running rampant behind the scenes in unprecedented ways.

It’s been a long suspicion of a few folks that Blackmail is merely the tip of the iceberg however. That alone though is still quite notable given the reliability deceptiveness that can be carried out on such a widely known/used website.

To elucidate further into what was taking place, please take a note of how scam/s worked as detailed by Jamie Merril & Jonathan Owen:

” The scam worked by targeting firms struggling to get pages about their businesses on Wikipedia. They were often told their articles had been rejected due to concerns of excessive promotional content – although in some cases the scammers themselves may have been the ones causing the articles to be removed.

According to a Wikipedia insider, at this stage the scammers would demand a payment of up to several hundred pounds to successfully “re-post or re-surface” the article, and in some cases demanded an on-going monthly payment to “protect” the articles. The fraudster  usually claimed to be a Wikipedia editor or administrator.”

If that’s not disturbing enough for what has been considered by some as the Encyclopedia Britannica of the interwebz, it gets better.

Furthermore, lets couple the above fact with a statement by Andrew Orlowski which he elucidates in his article at TheRegister:

There are serious questions to be asked, not only of Wikipedia’s community structures – which encourage and protect anonymous editing – but also of the Wikimedia Foundation (WMF) itself. The charity has amassed assets of over $70m and a ready cash pile of millions of dollars, thanks to aggressive fundraising which suggests donors must pay to keep the site online (in reality, only around $3m is required to run the site every year). Yet the Foundation has little power to compel anyone to do anything: the community makes its own mind up. Neither seems able to bear much self-examination. [Bold emphasis added]

If that’s not enough to make someone downright outraged am not sure what is.

Trust is something that is often asked of us as individuals by society/corporations/institutions, but rarely earned by those very institutions that implore you at the outset. Events such as this are the exact reason why many folks are suspicious.

While anonymity can protect privacy, it can also be used as a weapon.

In this case we have seen what happens when one is behind the crosshairs of targeted bribery.

That doesn’t even begin to touch issues that Sharyl Attkisson spoke of in her Ted-Talks presentation about the deception within Wikipedia.

Author Phillip Roth reportedly went to edit information to correct a major fact error that pertained to one of his own characters that was cited on a wikipedia page, but as Attkisson relates:

“No matter how hard he tried, wikipedia’s editors wouldn’t allow it. They kept reverting the evidence back to the false information. When Roth finally reached a person at wikipedia, which was no easy task, and tried to find out what was going wrong, they told him he simply was not considered a credible source on himself.”

A place that doesn’t allow facts to be corrected, by people that created them, is no place that should be trustworthy.

When traveling the innards of the websphere, be mindful of information, no matter where it comes from. Including here. Do your research.

Ultimately what our mind hones in on, is our choice. Luckily for us, we still have one.

Do your research, check, recheck, and make the correct choice for yourself.

As Buddha once said:

“Believe nothing, no matter where you read it, or who has said it, not even if I have said it, unless it agrees with your own reason and your own common sense.”

Join Dark Journalist as he welcomes back popular guest Former Assistant Housing Secretary and Financial Expert Catherine Austin Fitts for her seventh visit to the show.

Together they delve deeply into a stunning analysis of Mainstream Media Manipulation of Financial, Geopolitical and Social Engineering along with the Centralization policy of Common Core.

They also closely examine False Memes that have been filtering into the Alternative Media, and explode programmed myths such as “Cabal Arrests” and “Flat Earth” as a distraction from real issues like the recent spate of Holistic MD deaths and the real danger of False Flag Incidents designed to implement Repressive Policies, Tighter Control of Free Speech, Entrainment Mind Control and Total Orwellian Surveillance.

From the rise of shadowy mercenary groups around the globe to the full scale implementation of Corporate Private Armies, Fitts sees America at a pivotal point of accepting Totalitarian policies or rediscovering it’s soul and purpose. What will America look like in 2020? She examines why we require not just financial solutions, but full transparency on everything from GMOs, Chemtrail Spraying, Black Budget Finance, Political Blackmail of Control Files, The Secret Space Program and more. 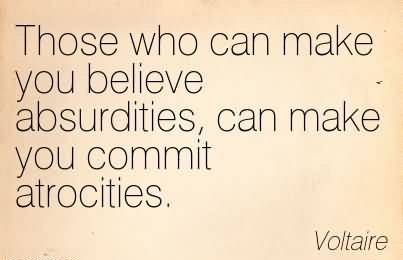 A lie weaves its way within the seat of the mind
Forever to leech upon the core of your being
If not vanished promptly, forever you’ll find
Your perception twisted, with lies you agreeing

With a foundation of lies you stand not a chance
To detach from the grid that harvests your soul
Without shred of a clue, how could you advance?
Through the threads of life that you cannot control

A relentless virus, deceit can wholly embellish
In more powerful ways than most could imagine
If you slice it to pieces, its essence black hellish
And still it transcends with thought control famine

A tidal wave of emotion sinks teeth to your spirit
With ignorance all but gone, hope need not vanish
Precision/logic/knowledge is the way you clear it
Duplicitous feelings & thoughts then you banish