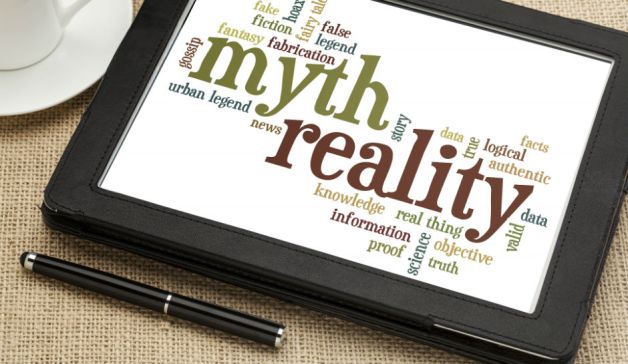 Talk about starting the indoctrination early. The Washington Free Beacon on Monday reported that MIT Press is publishing “Communism for Kids,” a book aimed at brainwashing three to seven-year-olds, on those “lovable little revolutionaries.”

(Article by Scott Whitlock from newsbusters.org )

A description on Amazon cheered, “Once upon a time, people yearned to be free of the misery of capitalism.How could their dreams come true? This little book proposes a different kind of communism, one that is true to its ideals and free from authoritarianism.”

Communism for Kids, written by a German author who specializes in political theory and “queer politics,” was released last month. The thesis of the children’s book is that communism is “not that hard,” but has not been implemented in the right way.

Apparently, the book doesn’t focus on the 100 million people murdered under Communism.

In November of 2009, the Media Research Center released “Better Off Red,” documenting two decades of liberal journalists looking the other way at the evils of Communism.

Here are a few examples of liberal fawning over commies:

“Despite what many Americans think, most Soviets do not yearn for capitalism or Western-style democracy.”
— Anchor Dan Rather on the CBS Evening News, June 17, 1987.

“The reality is that even if the communist state were to protect individual rights aggressively, many of its people are not prepared to tolerate diversity.”
— Dan Rather on the May 27, 1988 CBS Evening News.

“Communism got to be a terrible word here in the United States, but our attitude toward it may have been unfair. Communism got in with a bad crowd when it was young and never had a fair chance….The Communist ideas of creating a society in which everyone does his best for the good of everyone is appealing and fundamentally a more uplifting idea than capitalism. Communism’s only real weakness seems to be that it doesn’t work.”
— 60 Minutes commentator Andy Rooney in the New York Times, June 26, 1989.

“Like Soviet President Mikhail Gorbachev before him, [Vladimir] Kryuchkov has taken the personal route, talking of his fondness for Bellini’s opera ‘Norma.’ He swoons over the piano mastery of Van Cliburn, and hints that he would arrange a Moscow apartment for the pianist if he would only come here more often. Then he sighs over his exhausting workday at Dzerzhinsky Square: ‘The KGB chairman’s life is no bed of roses.’”
— Reporter David Remnick in The Washington Post, September 8, 1989. Two years later, Kryuchkov was part of the hardline “Gang of Eight” that attempted to overthrow Gorbachev.

“Marx and Lenin are still revered heroes. Never mind that communism as they conceived it didn’t work. Most Soviets don’t want to dump it, just improve on it.”
— USA Today founder Al Neuharth, February 9, 1990 column.

Dr. Farrell is back and takes on JFK: After the failed Business plot, did the Sullivan & Cromwell based Wall Street/CIA elite replace Wallace with Truman and murder Roosevelt, in a behind the scenes coup? Why did the Kennedy Brothers challenge them despite Papa Joe being one of them? Is Bormanns Nazi International linked to them? How was shadow players in Argentina connected? What’s the 7 factions behind the cover-up? Whats the conspiracy theories about the Bomb plot against Hitler? Was Oswald connected to a Nazi spy network? Did JFK & Khrushchev plan a joint space program?

FORUM BOREALIS = in depth conversations with the most interesting and important authors, researchers, & thinkers of today, who’s work often overlaps in areas including :

Yuri Bezmenov (alias Tomas Schuman), a Soviet KGB defector, explains in detail his scheme for the KGB process of subversion and takeover of target societies at a lecture in Los Angeles, 1983.

Yuri Bezmenov was a former KGB propagandist who was assigned to New Dehli, India – and defected to the West in 1970.

Bezmenov explains his background, some of his training, and exactly how Soviet propaganda is spread in other countries in order to subvert their teachers, politicians, and other policy makers to a mindset receptive to the Soviet ideology.

He also explains in detail the goal of Soviet propaganda as total subversion of another country and the four-step formula for achieving this goal.

He recalls the details of how he escaped India, defected to the West, and settled in Montreal as an announcer for the CBC.

Note the segments starting at around 14 and 24 minutes into the video.

As a preamble, the video below has many salient points which are noteworthy.  That being said, am not in agreement with everything stated; however, Yuri Bezmenov’s POV is integral into understanding how we America shifted into a new direction over the last few decades.

Also, given the amount of power players behind the scenes, things have only gotten vastly more complicated in society due to all the governments/institutions/agencies/secret societies/breakaways vying for power, so things haven’t gone exactly as he has stated.  Much of what he stated decades ago is coming to pass though.

This is G. Edward Griffin’s shocking video interview, Soviet Subversion of the Free-World Press (1984), where he interviews ex-KGB officer and Soviet defector Yuri Bezmenov who decided to openly reveal KGB’s subversive tactics against western society as a whole.

Bezmenov explains how Jewish Marxist ideology is destabilizing the economy and purposefully pushing the U.S. into numerous crises so that a “Big Brother” tyranny can be put into place in Washington, how most Americans don’t even realize that they are under attack, and that normal parliamentary procedures will not alter the federal government’s direction.

He then explains how Marxist leaders use informers to make lists of anti-Communist and other politically incorrect people who they want to execute once they – actually a Jewish oligarchy – come to power. The oligarch’s secret lists include “civil rights” activists and idealistically-minded “useful idiot” leftists as well.

Bezmenov provides several real world examples of how Marxist leaders even execute and/or imprison each other. Also he explains how American embassy employees were known to betray Soviets attempting to defect, how there existed a “triangle of hate” in the Soviet government, why he realized that Marxism-Leninism was a murderous doctrine, and how the CIA ignored (or didn’t care) about Communist subversion.

He also mentions that revolutions throughout history are never the result of a majority movement, but of a small dedicated and highly-organized group who seize power, whether for good or bad. Next he explains how the American mass media spread lies about life in the Soviet Union.

Bezmenov also explains how the LOOK magazine article falsely claimed that the Russian people were proud of their victory in the Second World War, where in reality the Judeo-Bolshevik-Communist-Marxist government was happy that Hitler had been defeated so that they could remain in power.

Find out how the KGB utilized various individuals to undermine the Western society in its morals and values.