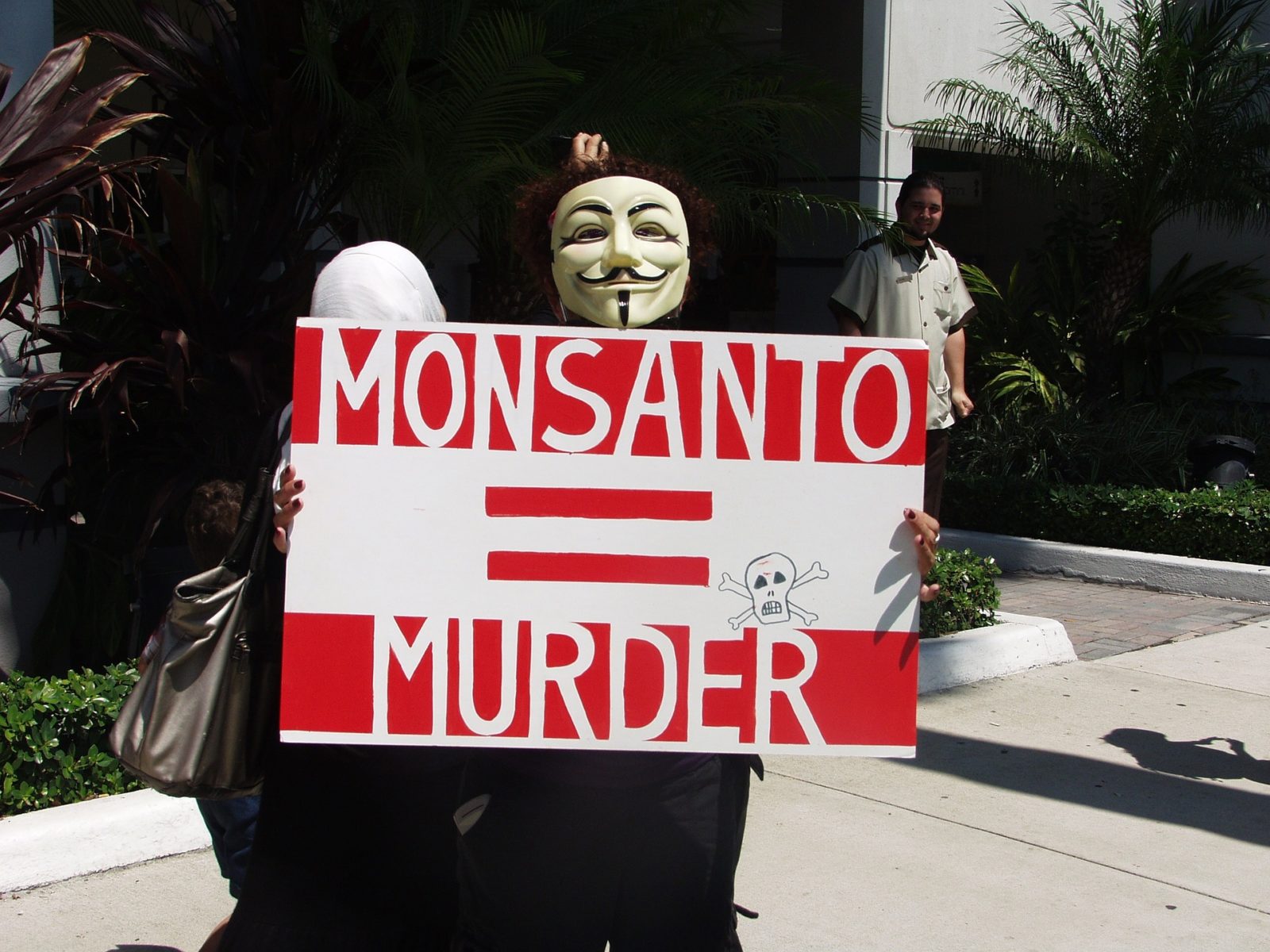 Our least favorite corporation – I.G. Farbensanto, Mon(ster)santo, whatever you choose to call it – is back in the news again, and, as we need a bit of good news from time to time, it’s worth mentioning here. For one thing, First Lady Melania Trump has apparently banned Mon(ster)santo from the White House diet altogether: http://yournewswire.com/melania-trump-bans-monsanto/

Her motivation? Her, and her son Barron’s, health:

While public debate rages about the safety of genetically modified food, Melania Trump says that as far as she is concerned, GM products are best avoided.

“Barron’s health has improved out of sight since we started eating organic, non genetically modified food,” the First Lady said.

After researching exactly where Monsanto’s genetically modified corn appeared in her family’s diet and becoming concerned about potential negative health effects, Melania Trump said she was “amazed at the place this company has in the food chain“.

The First Lady, who proudly describes herself as a “full-time mom“, then realized that Monsanto produces other genetically modified crops such as soy, sugar beets, and cotton – and these products form the foundation of many American’s diets.

In the interests of her son Barron’s health – as well as her own – Melania decided to eliminate processed foods containing GM crops from her family home.

But then there’s this:

Melania said that in order to live up to the commitment she had to do a lot of research.

“I have a friend who is a sustainable food advocate, and I got in touch with dozens of health food stories and manufacturers to ask where they sourced their products,” the First Lady said.

In order to completely avoid Monsanto products, the consumer must research the origins of their food.

“I spent a lot of time at farmers’ markets asking farmers what seed companies they buy from, googling on my phone before making purchases.

“It took a few months but I finally managed to get Monsanto out of my life completely.“

The influence that Monsanto has over U.S. food production is profound, and deeply disturbing. Once you start looking, you realize that Monsanto is everywhere. And, unfortunately, their influence is not benign.

But as Melania Trump says, once you educate yourself and then make the effort to avoid Monsanto, you will find peace of mind, and the health of your family will improve.

I have nothing to add here, save a personal observation and a recommendation to the First Lady on the off and quite improbably chance that she should read this blog. My personal observation would corroborate her experience. I have tried to eliminate, as much as possible, artificiality from my diet, eating organic eggs, milk, and dairy products in general, and buying non-GMO vegetables and organic beef or bison when I can. It does make a difference, and you’ll be amazed at how much cleaner the food smells when cooking.

My recommendation to Mrs. Trump? Why not publish a book on what you did, why you did it, how you researched, what you found, and list the products laced with Mon(ster)santo’s products; publish the documentation, comprehensively expose the whole corrupted food supply. I suspect with your name, your recognition, and your status, it would go a long way to restoring some healthy diet and habits in this country which is being slowly poisoned to death by corrupt agencies and an even more corrupt corporation.

…that wasn’t the only little bit of good news recently. Mr. B.H. found this story:

That’s right, Mexico’s high court has refused to review an appeal filed by Mon(ster)santo on the Mexican ban of planting of GMO maize (corn, to you Americans). You’ll note that Mexico, like Russia, gets it:

GMO maize has been suspended in Mexico since the original court decision three and a half years ago, but Monsanto is still trying hard to overturn it.
This original measure was decided based on considering the risk of environmental damage from the cultivation of GMO maize. (Emphasis added)

In other words, rationality and common sense in Mexico could not be bought off: long-term environmental effects have never adequately been researched or determined. Indeed, as I suggested years ago – only to be scoffed at – genetic alterations of the food supply might issue in long-term human health effects up to and perhaps including unintended mutations in DNA itself. Recently there have even been stories that the latest in genetic engineering wonder – the CRISPR technology – is creating unintended genetic mutations, i.e., mutations, which are not sought nor targeted, are occurring as a result of the application of the technology.  One can only wonder, then, at the possibility of such consequences over time and prolonged exposure to GMOs in the food supply, in products created with the technology was not so finely developed.

Granted, these are small victories when compared to the monstrosity of companies corrupting the food supply of humanity, and corrupting the scientific and review process itself. But they’re also a reminder that the fight can be won.

(Thanks to Mr. B.H. who shared these articles)