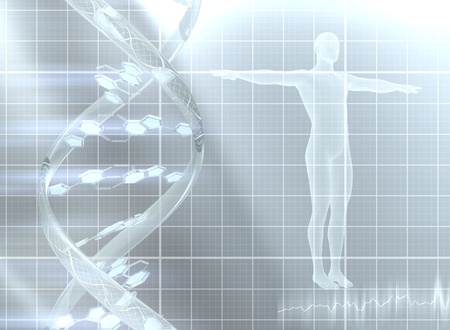 You may recall the story from a few weeks ago about “parabiosis,” the latest “fad” among the technocratic “elites”. Parabiosis is the phenomenon that ingesting through transfusion the blood of younger members of your species somehow contributes to youthful renewal and vitality, and, some have argued, longevity. The practice has captured the attention of billionaire busybody Peter Thiel:

OK. We get it: every billionaire busybody needs a pet project: Gates wants to promote Common Core, and pump people full of vaccines; Zucker-what’s-his-name has recently converted to New World Order Socialist Globaloney (we suspect while reading the late David Rockefailure’s memoirs in the “reading room”). Darth Soros likes to topple governments, foment riots and revolutions, and install neo-Fascist puppet governments, and, in general, has made being a “god” (his term, not ours), his hobby. The late vowel-impaired Zbgnw Brzznsk, while not a billionaire, was certainly a busybody, and closely associated enough with billionaires to have his own pet projects, which were of a similar nature to Darth Soros’.

Against this backdrop, Mr. Thiel’s ghoulish interests in immortality through parabiosis – and let’s face it, that seems to be a polite euphemism for the belief in, and practice of, vampirism – seems relatively tame and harmless…

…except that the idea has now grown to the point of a “parabiosis start-up”, according to this article shared by Mr. G.K.:

It comes as no surprise, of course, that the start-up is in Nuttyfornia, and “serves” customers in the Silicon Valley.  What’s interesting here are the admissions of the article:

Growing old: It’s for the poors. Feasting on the vitality of the young in a scientifically questionable effort to live forever?

That, friends, is for the tech elite.

And if that just so happens to mean draining teenagers of their blood for rich old people, so be it. This is a brave-new world, and (the definitely-not-run-by-vampires) Ambrosia LLC is here to help the privileged, paying few conquer it one blood bag at a time.

The plasma’s mostly pulled from teenagers, with a donor-age cap of 25, ensuring that only the freshest of blood is allowed at Ambrosia. As for the customers? They’re only required to be over the age of 35, but Karmazin confirmed many are near retirement age.

But at $8,000 a pop, it’s not a leap to assume his customers believe they are doing more than just contributing to some newfangled anti-aging study. After all, they came for the blood of the young—and that’s exactly what they’re getting.

There you have it. If you’re over 35, have an extra few thousands of dollars, and want to live forever, or at least, participate in a corporate study of parabiosis, you can pay your $8000, roll up your sleeve, and get your transfusion.

If one hasn’t seen the hidden “logic” here, it’s best to state it explicitly, and with the caveat that if I can think of this high octane speculation, they’ve probably thought of it in Nuttyfornia, too, the only difference being they probably think it’s a good idea in Nuttyfornia. For good measure, let’s just tie it to those constantly percolating rumors on the internet that Mr. Globaloney also wants to depopulate the world by a few billion people (mention Georgia Guidestones here), leaving a skeleton crew of about 500,000,000 to serve Mr. Globaloney on his global plantation. One gets the image of Mr. Globaloney sitting on the veranda of his plantation, sipping mint juleps, IV stand with a blood bag next to his leather chair, receiving his daily transfusion of “young blood”. Now, barring the ability to synthesize young blood via some technological means, this will require the establishment of Young Blood Ranches to grow Young People to supply the Young Blood for Mr. Globaloney’s Vampire Project until such time as the ability to synthesize it is achieved. At that point, Mr. Globaloney will no longer need Young People or Blood Ranches for his supply of “ambrosia”, and all that will be shut down for synthetic blood factories. Eventually, of course, Mr. Globaloney will forget how to synthesize it, because he’s just too lazy and stupid, and with no young smart people any more to transfuse his young blood, the world will begin to fall apart because no one remembers how to do or make anything. It’s the old Isaac Asimov “Foundation” scenario all over again. Rehearse that previous list of billionaire busybodies mentioned above, and imagine a world being run by a class of people with the “smarts” of Gates, Zucker-what’s-his-name, Darth Soros and you have a recipe for apocalypse by insanity and irrationality and – after decades of promoting “dumbed down edgykayshun” – stupidity.

Oh… wait… I forgot. They are running the world and following their “plan,” and the world is falling apart.

One thought on “Down On The Plantation With Vampires & Ghouls, Inc.”