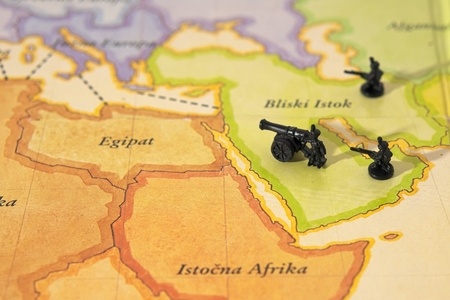 When Mr. “B” shared the following article with me, along with his thought-provoking email, I had to read the article. Sure enough, I did so, with his predicted “jaw dropper” reaction:

Russia and China Team up Against US ‘Defensive’ Expansion

While there have been a spate of articles recently about growing Russo-Chinese defense and security ties, matching their growing financial and economic ties, this one left me stunned, for there was a statement within it that caught my eye, and Mr. B’s as well, and I’m sure the reader saw it as well. As one can imagine, this one fueled my “high octane speculation” mode to the nth degree. Here’s the statement, and a bit of surrounding context:

Russia and China are tired of Washington’s “defensive” military installations in their backyards — and they’re already taking action.

According to the Atlantic Council and other responsible thinkers, the United States reserves the right to park its missile shields anywhere it wants, whether it be in Europe, East Asia, or the dark side of the Moon. This is because placing missile shields all over the place is an important cornerstone of Washington’s ingenious plot to encourage Beijing and Moscow to put aside their differences and form a long-term security and military partnership.

The Americans claim that their missile defense systems will defend the free world against North Korea. But do they think Putin and Xi were born yesterday? (Emphasis added)

There is, to be sure, a very  tongue-in-cheek attitude in the article, for example, this statement from the second paragraph quoted above:

This is because placing missile shields all over the place is an important cornerstone of Washington’s ingenious plot to encourage Beijing and Moscow to put aside their differences and form a long-term security and military partnership.

But as the article points out, American unipolarism, and its result in pushing Russia and China together, has been a disastrous policy (at least, for the USA):

As China expert Jeff J. Brown explained in an interview:

If the US strikes either China or Russia first, it’s probably World War III and humanity ceases to function as we know it. While there is no announced treaty alliance, we have no way of knowing what Russia and China have agreed to secretly. It is also possible that China and Russia have told NATO back channel to the effect, “You mess with one of us, you deal with us both”. I’ve always wondered if that might be the case, given America’s reluctance to push the pedal to the metal in the Ukraine and the South China Sea.

Now, why am I bothering you with all this. Well, consider, the “tongue-in-cheek” tone appears only once in the article, and that in order to make a very important point about the results of US policy to deploy missile defense systems “all over the place,” in other words, the tongue-in-cheek tone refers to a reality, as Russia and China see it.

And that raises the issue Mr. “B” raised in his email with me: there is no distinction made in the article between the US placing missile defense systems in Eastern Europe, Eastern Asia or “the dark side of the Moon.”  As he put it, was this a subtle way of Russia and China saying “we know what you have up there?”

Well, perhaps. But while you’re pondering that possibility, remember that China wants to have a mission to place satellites around the Moon in such a way as to allow them to permanently monitor the “dark” side of it. Why? Because they actually want to send a manned mission to the Moon to land on the dark side, and in order for that to work, and maintain communications with the homeland, a satellite relay network will have to be constructed first. Did Russia Insider just tell us the motivation for that Chinese plan?