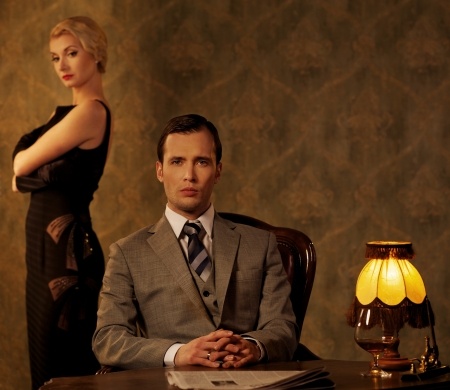 A few weeks ago citizens in Macedonia took to the streets to protest the activities of billionaire busy-body and “color revolution regime change” engineer Darth Soros. It seems that international “curiosity” into his activities is advancing, according to this article shared by Mr.H.B.(click on the picture and open to the New York Times article in a new tab):

The key here is the way the New York Times is reporting the Hungarian concerns:

The move, according to observers, was the latest development in a crackdown on free expression and liberal values under Prime Minister Viktor Orban, who has embraced President Trump and vociferously denounced Mr. Soros, a billionaire who is a frequent target of attacks by the right-wing news media in both the United States and Europe.

The school, the Central European University, opened in Mr. Soros’s native Budapest in 1991, not long after the fall of communism and the start of Hungary’s uneven transition to democracy. The school is known as a center for research in the social sciences, with programs led by internationally prominent educators.

The university has also given a platform to dissident voices, particularly in the period since Mr. Orban, who helped popularize the term “illiberal democracy,” came to power in 2010. Proponents of illiberal democracy place majority rule over civil liberties and minority rights, and they say that financiers like Mr. Soros are part of an elite capitalist class that puts cosmopolitan values over national interests.

While one should not expect more from a newspaper whose largest shareholder is an alleged member of the a Mexican drug cartel (see DEA: ‘Yes,’ Mexican Billionaire Carlos Slim Is Linked to Drugs), it is interesting that the Orban government has been a strong opponent to the “open immigration” policy, a policy that Darth Soros’ “Open Society” organizations would certainly philosophically support.

But there’s even more important news from Italy, in this article shared by various readers here(copy and paste into your browser):

First, note the poor conditions migrants face on these “fleets”:

Italian authorities are calling for monitoring of the funding of an NGO fleet bussing migrants into the EU from the North African coast after a report released the European Border and Coast Guard Agency has determined that the members of the fleet are acting as accomplices to people smugglers and directly contributing to the risk of death migrants face when attempting to enter the EU.

The report from regulatory agency Frontex suggests that NGOs sponsoring ships in the fleet are now acting as veritable accomplices to people smugglers due to their service which, in effect, provides a reliable shuttle service for migrants from North Africa to Italy. The fleet lowers smugglers’ costs, as it all but eliminates the need to procure seaworthy vessels capable making a full voyage across the Mediterranean to the European coastline. Traffickers are also able to operate with much less risk of arrest by European law enforcement officers. Frontex specifically noted that traffickers have intentionally sought to alter their strategy, sending their vessels to ships run by the NGO fleet rather than the Italian and EU military. (Emphasis added)

But then comes the real revelation: many of these smuggling fleets have “connections” that branch out in many intriguing directions:

In February 2016, Disobedient Media published research indicating that multiple ships operating in the fleet mentioned by Frontex are sponsored by NGO groups with financial ties to organizations run by George Soros and donors to Hillary Clinton. Reports have also emerged citing a study by counter-extremism group Quilliam which states that ISIS now controls the human trafficking scene in North Africa and is actively recruiting from the migrant population. In addition to acting as de facto accomplices of human traffickers, the NGO’s criticized by Frontex may also be contributing to the worsening terror situation in Europe though their actions.

If these allegations are true, then it will not be the first time Italian authorities have been confronted with an investigation into murky organizations have international connections. One need only recall the case of Liccio Gelli and Loge Propaganda Due from the 1980s, and all its murky connections to the death of Pope John-Paul I, to the Banco Ambrosiano scandals, Roberto Calvi, and so on. Nor in this respect should one forget the murder of the unfortunate Italian premier Aldo Moro, a murder with deep connections to the NATO “”Gladio” “stay behind” organizations, a scheme first concocted in the final days of World War Two by the Nazis and Fremde Heere Ost chieftan, General Reinhard Gehlen.

The Italian authorities were relatively successful in their investigations of the P-2 affair, somewhat less so with the investigation of Moro’s murder. But this is an entirely different, much larger case. The networks of Soros and Assoc. extend far and wide, and while Italy should, by all means, conduct a thorough investigation of the smuggling fleets, it would be wise to call for an international investigation of Darth Soros within the U.N. Security council and world court, where it will find ready and sympathetic ears with Russia and China, and force the issue to a veto or abstention by France, the United Kingdom, the USA, or all three.

And in the meantime, the Italian security services (AISI and AISE) would benefit from coordinating with their counterparts in Hungary, Macedonia, and Russia. International extent, after all, requires international coordination.