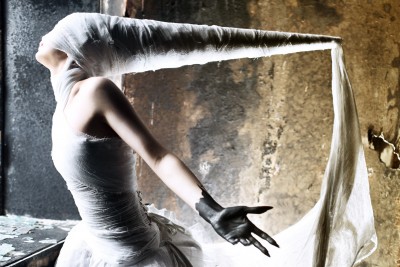 This article was shared with me, and I am foregoing my usual practice of thanking that individual by initials, the reasons for which I am sure will become self-evident when one reads the article. The “article” in question appeared in Germany and is, of course, in German, but, as one will readily appreciate, is not an article at all, but a “job opportunity”. Here’s the original German “job opportunity: that appeared in Berlin:

And if one plugs all this into Google translate, one gets this:

Jobs in
Helper / assistant in the event service
Details.

Earnings:
88.40 to 120.- € / day
Working hours – Additional information:
The bets take place for about 2 weeks (including weekend). The continuous participation in a complete assignment is urgently necessary. Accommodation and meals are provided on the spot.

We are looking for extras for roll-out games at the U.S. Army training courses. Through the extras, the civilian population is represented in crises. This results in a realistic training scenario for the soldiers and thus an optimal preparation for their foreign missions.

We are particularly looking for employees with German and English skills.

The assignments take place continuously (including weekend) at the Hohenfelder training camp (between Nuremberg and Regensburg). The continuous participation in a complete assignment is urgently necessary. The final dates will be communicated to participants about 4 weeks in advance.
The arrival is by bus in the evening before the first day of the employment, the departure in the evening on the last day of employment (both free of charge). The exact departure times and places of the buses will be communicated to the participants in writing.
An introductory and training session will take place for the participants on the first two days of the event.

Good English and German skills are required for all participants. In addition, good language skills in Russian, Polish or Czech are of great advantage.
Foreign applicants must bring a valid residence permit and work permit. All participants must bring a valid identity card or passport with their copy at Optronic.
Payroll is made exclusively on the payroll tax card. This must be present at the beginning of the event together with the fully completed personnel questionnaire at Optronic.

Accommodation takes place in bunk beds in soldiers accommodation or houses and tents on the practice ground. Separate toilets and showers for ladies and gentlemen are available. It is not possible to leave the barracks area during the entire duration of the event (exception: doctor’s visit). The houses in the villages are equipped with heating and electricity and usually also with water connection (toilets, laundry facilities).
For safety reasons, the carrying of mobile telephones as well as (mobile) personal computers etc. on the premises of the troops is prohibited. For urgent messages and emergencies, a local radio network and emergency numbers are available.
All rooms are cleaned. They must be kept clean by the participants themselves for the period of the use and left at the end in perfect condition. Cleaning material is provided.
The daily routine usually starts with getting up: 5 o’clock, breakfast: 6 o’clock, start of the operation: 7 o’clock.
The meals include 3 meals per day (the meals are served in a cafeteria, as a field kitchen and / or as field rations). Adequate drinking water is also provided.
During the entire stay at the Hohenfelde training camp there is a strict alcohol ban which is also checked by the Military Police by means of breath alcohol tests. Of course, all drugs of any kind are strictly prohibited. Violations will be punished with immediate notice and the reprimand from the military premises (4.III).

The participants play small extras such as a cattle breeder, shopkeeper or even the mayor of a village in Afghanistan, which occasionally mediates and negotiates with the present U.S. armed forces. On the training grounds, up to 10 villages are artificially laid out, each consisting of 10 to 30 houses.

So, they’re advertising for “jobs” seeking people that speak English, German, Polish, and Czech, subjecting them to “roll-playing” in “villages” subject to strict military protocols, which includes not being able to leave the premises, and shutting off all outside contact via phones or computers which Google translate renders the German Sicherheitsgrunden as “for safety reasons” which is one of the most laughable translations I’ve read yet to come out of Google. A much more accurate rendering would be “for security reasons” or “on the grounds of security“. Ok, that’s understandable, except this also means the participants are cut off from being able to communicate with the outside world.

I don’t know about you, but this certainly raises my eyebrows.

And what’s all this for? Why, to play “small extras, such as a cattle breeder, shopkeeper, or even the mayor of a village in Afghanistan,” all rolls for which German, English, Polish, Russian, and Czech are well-suited. One could understand, of course, German and English, even Czech, for Afghan roll-players who need to be told where to go and what to do by American or German army officers. But Polish? Russian?

This is one of those “you tell me” sorts of stories, but in the back of my mind I cannot help but think that “drills” are for the purpose of gaming out scenarios, and if recent history is any guide, oftentimes drills are “flipped live” by an actual “operation”, and it’s worth noting that this is the way Google translate chose to translate “Einsatzbeginn“.