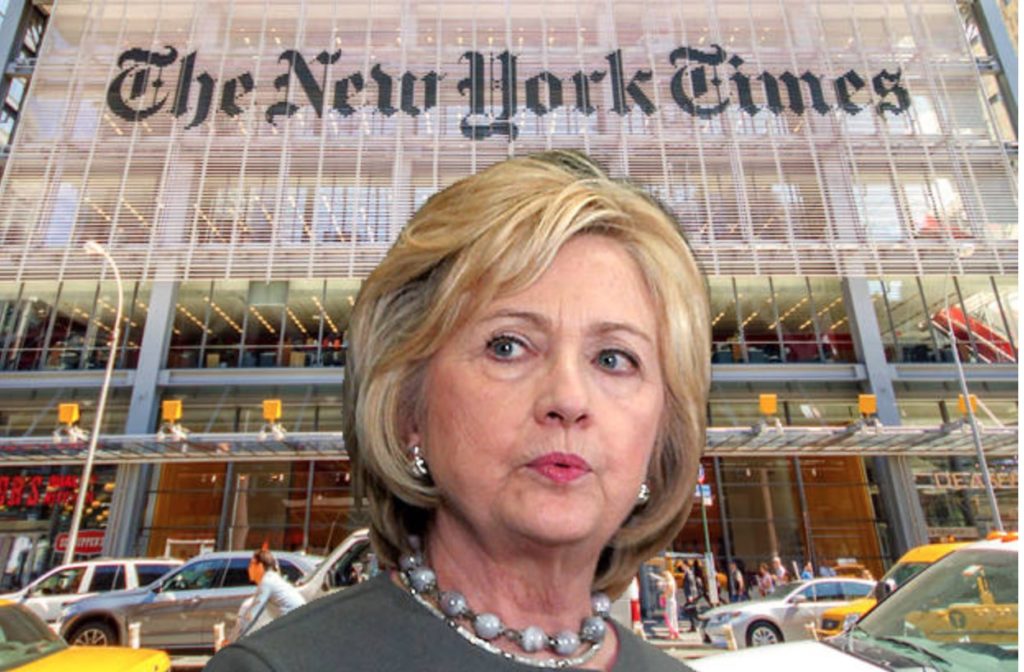 Yesterday, Michael Cieply, a 12-year veteran of the New York Times who left this past July, wrote a phenomenal article at Deadline Hollywood titled, Stunned By Trump, The New York Times Finds Time For Some Soul-Searching. Before highlighting some key excerpts, let’s set the stage.

The New York Times’ coverage of the 2016 Presidential election was an abysmal disgrace. I first became aware of the extent of the paper’s shady and compromised reporting, when the editorial board endorsed Hillary Clinton in the Democratic primary over Bernie Sanders without making an intelligible or coherent argument to justify the stance. This outraged me to such an extent, I wrote a post titled, A Detailed Look at The New York Times’ Embarrassing, Deceitful and Illogical Endorsement of Hillary Clinton, which you should reread in full.

Here’s how I began the piece:

The New York Times’ endorsement of Hillary Clinton against Bernie Sanders in the Democratic primary consists of an unreadable, illogical piece of fiction. In this post, I will critique the paper’s position in detail, but first I want to take a step back and explain to people what I think is going on in the bigger picture.

In its endorsement of Hillary, the New York Times editorial board did such a sloppy job I can’t help but think it may have done permanent damage to its brand. Upon reading it, my initial conclusion was that the editorial board was either suffering from Stockholm syndrome or merely concerned about losing advertising revenues should they endorse Sanders. Then I thought some more and I realized my initial conclusions were wrong. Something else is going on here, something far more subtle, subconscious and illuminating. The New York Times is defending the establishment candidate simply because the New York Times is the establishment.

One of the biggest trends of the post financial crisis period has been a plunge in the American public’s perception of the country’s powerful institutions. The establishment often admits this reality with a mixture of bewilderment and erroneous conclusions, ultimately settling on the idea people are upset because “Washington can’t get anything done.” However, nothing could be further from the truth. When it comes to corruption and serving big monied interests, both Congress and the President are very, very good at getting things done. Yes it’s true Congress doesn’t get anything done on behalf of the people, but this is no accident. The government doesn’t work for the people.

With its dishonest and shifty endorsement of Hillary Clinton, I believe the New York Times has finally come out of the closet as an unabashed gatekeeper of the status quo. I suppose this makes sense since the paper has become the ultimate status quo journalistic publication. The sad truth is the publication has been living on borrowed time and a borrowed reputation for a long time. Long on prestige, it remains very short on substance when it comes to fighting difficult battles in the public interest. Content with its position of power and influence within the current paradigm, the paper doesn’t want to rock the boat. What the New York Times is actually telling its readers with the Hillary Clinton endorsement is that it likes things just the way they are, and will fight hard to keep them that way. It is as much a part of the American establishment as any government institution.

After the paper successfully helped to dispose of Senator Sanders, it continued to commit egregious errors as a result of its blinded, fanatical support of Hillary Clinton. I highlighted an example of this behavior in the August post: New York Times Fails to Disclose Op-Ed Writer’s Ties to Hillary Clinton’s ‘Principal Gatekeeper’.

Fast forward to just one week before the election, when I discovered a tweet in my stream from the paper with such an absurd forecast I immediately flagged it with the following tweet: 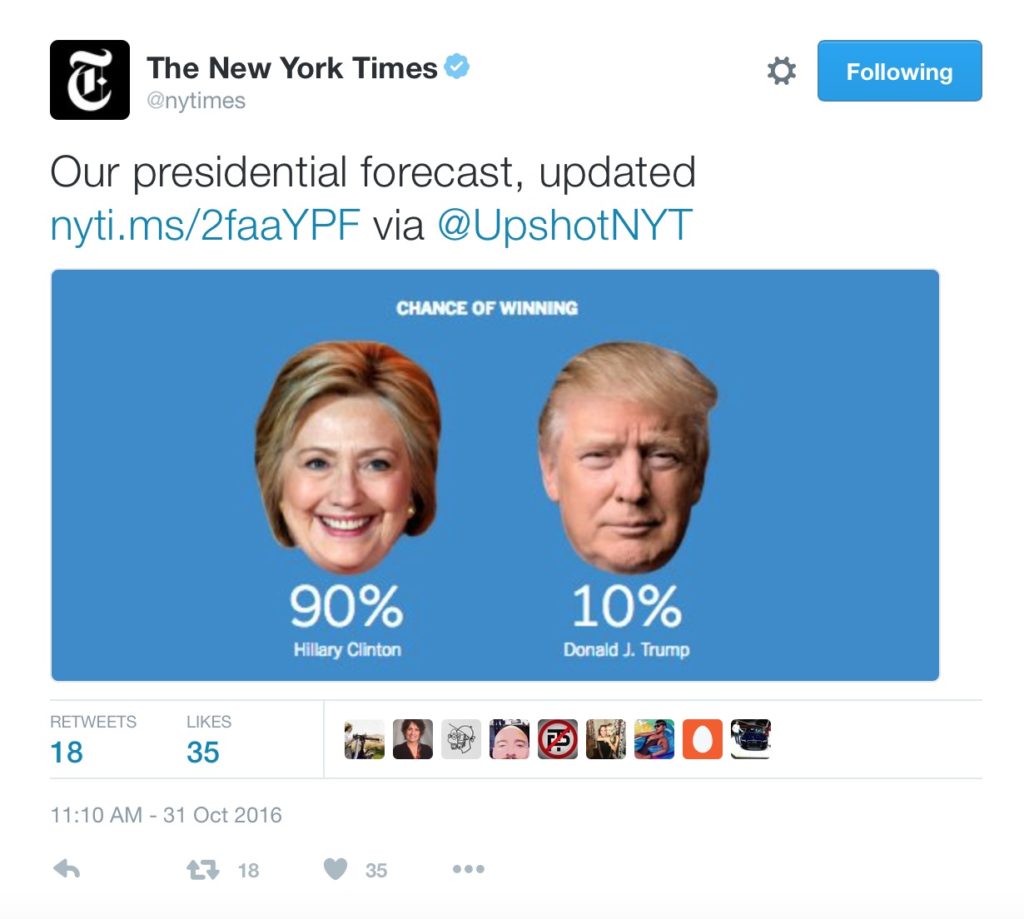 I didn’t find the Times’  tweet absurd because I was some ardent Trump supporter (I wasn’t). Rather, I was able to recognize it as absurd because it was absurd. So why was I, a nobody blogger, able to see the ridiculousness of this forecast so clearly when the New York Times couldn’t? Because The New York Times had a predetermined agenda, and this agenda blinded it to reality.

With that out of the way, let’s dig into how things work at The New York Times according to…