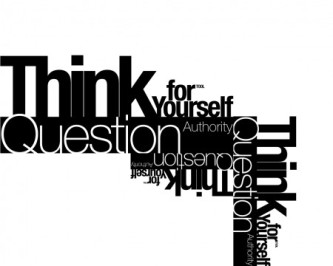 “Here’s your chance to take to the streets and protest for a cause you believe in. Many thousands will be at your side. When the violence hits, you can run, go crazy, and hopefully escape police batons, water cannons, and flying bullets…”

This isn’t one company looking for actors and extras to protest against Trump in the streets of Cleveland, during the Republican National Convention next week. This is much bigger.

This is a year-long recruitment drive for extras.

You can’t have violence from just a few lone individuals on a quiet street in a city. It doesn’t play well for the media.

No, you need lots of extras and dupes and know-nothings to be there—people who commit no violence themselves, but give the impression of supporting it, people the cops can attack when the going gets nasty, people who will scream and scatter and run in every direction and throw trash and destroy cars. You need a full-blown theatrical production. For the news.

So we’ve had the US Attorney General, the US President, and Hillary Clinton meeting with Black Lives Matter (BLM) leaders. We’ve had major media promoting BLM. We’re seeing violent street protests against police violence across the country, and we’re seeing violence against the police.

This pumps up recruiting for the RNC Cleveland Convention next week, in a city where local officials seemed to have just awakened to the scope of the problem they’re going to face. A few months ago, they put in an order for a several hundred bicycles for cops. Cops on bikes? Really? How about cardboard barriers, too, and free marshmallows?

On the one hand, in Cleveland, we have DHS and FBI and Secret Service officers visiting the homes of “activists,” asking them what their plans are for the Convention—a clear attempt at intimidating them. On the other hand, city officials are still trying, at this late date, to work out arrangements with other cities, so policemen can be brought in to ramp up security.

Clearly, there are agent provocateurs of various persuasions, blending in and among the BLM and pro-immigration groups. These agents would commit the incendiary violence. They would strike the match. To say they are a rerun of the old FBI Cointelpro operation is an oversimplification. The infiltrators could come from several different groups with different ideologies and agendas—but initiating violence is the common denominator.

There is also no telling what kind of blanket the DHS, FBI, and Secret Service are going to try to throw over Cleveland. Is it going to be intentionally light and tattered, to give the violence a chance to spread? Are emergency calls from the mayor of the city, to the governor, going to be answered casually, and with intentional delays? After all, the governor of Ohio is John Kasich, a Republican who ran against Donald Trump for the nomination and despises him. Will Kasich send in state-guard troops right away, or will he hold back? Will the feds, who are supporting Hillary, slow-play the arrival of their forces?

Judging from the way the city government of Cleveland has handled its budget problems over the years, as the city has sunk into further debt and poverty, there is no reason to expect local security for the Convention to be anywhere near sensible or adequate.

Climb on board. Fill out the crowds in Cleveland next week. Be there. Be an extra. Be an actor when the violence begins. Feel the surge of adrenaline.

You’re there because somebody is willing to risk your life in the service of a greater cause: creating chaos, and eventually coming in behind it to install order that sucks away rights and freedoms from everyone. Exactly what you want, right?